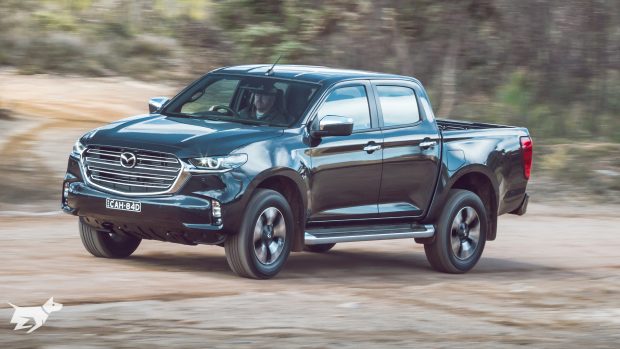 It’s not every day that a popular manufacturer’s model that already platform-shares with a better-known vehicle divorces the car it was once based on and shacks up with an entirely different partner vehicle: but that’s precisely the back-story to the 2021 Mazda BT-50. In the world of pick-up utes, which are fairly unique to Southeast Asia and Oceania, this is not unprecedented — but it is still very noteworthy.

In the case of the new BT-50, Mazda’s slowly receding relationship with Ford saw the Japanese manufacturer abandon the Blue Oval as the donor for their ute platform. The outgoing BT-50 was heavily based on the Ford Ranger, but in actual fact, the BT-50 and Ranger were developed together with engineers from both companies located in Melbourne a decade ago.

That Ranger is still on sale today in heavily updated form, but the BT-50 has languished for the last few years with only a smattering of cosmetic upgrades to keep it bobbing above the waterline. But now it’s springtime for the BT-50 – both metaphorically and literally, here in the Southern Hemisphere – and there’s a new donor in town. 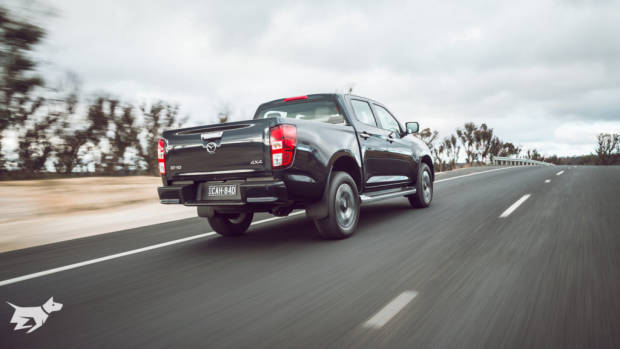 This time the BT-50 is based on the new Isuzu D-Max – a move likely to be welcomed by durability-focussed buyers in this segment. Unlike the last time around, when 50 Mazda engineers decamped from Hiroshima to Victoria, the BT-50’s parent company played no part in the mechanical development of the vehicle, leaving the supply of the chassis, engine, gearbox, and suspension entirely up to commercial specialists Isuzu. That’s a fact that passenger car experts Mazda do not shy away from.

Instead, the input by Mazda is limited to design and product planning. From an aesthetic standpoint, this is clearly a Mazda, penned by the man behind the CX-9 – and the resemblance is undeniable. To our subjective eye, the new BT-50 is significantly more successful than the new D-Max. A large, handsome grille sits between thin LED headlights, while the BT-50 also scores a more subtle, but still differentiated, tailgate.

That said, the side profile is all D-Max, and that’s almost entirely true for the interior, as well – though Mazda were able to put their stamp on the dashboard in a small way. The air vent design wraps around into the door cards with a piece of faux metal in a manner that apes the CX-9 SUV again – the Isuzu has a different design here. 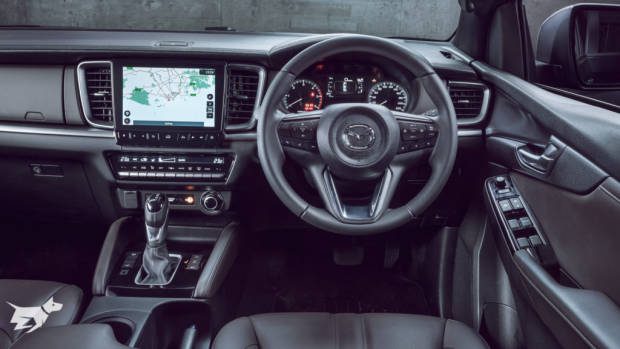 But the seats, the screens, the stalks, the controls – all Isuzu. Thankfully, they’re not too bad – but control weightings, software interfaces, and even smaller things like the fonts used on various buttons – are noticeably less sophisticated than you’ll find in a Mazda SUV.

The good thing is that Isuzu have done a bang-up job of leapfrogging the D-Max from among the bottom of the dual-cab pack in the previous generation, to the top third – insulating the BT-50 from any precipitous drops from its reputation as a solid all-rounder. Inside, the seats are comfortable and supportive, particularly in cloth form as found in the XT and XTR.

A large nine-inch touchscreen sits proud and central on the dashboard, joining the D-Max in offering segment-first wireless Apple CarPlay connectivity. There’s a digital speedo too, inside a detailed colour trip computer ahead of the driver, while the sound system isn’t too bad. The steering wheel, oddly, sports buttons that look like they’re lifted from the old, Ranger-based, BT-50. 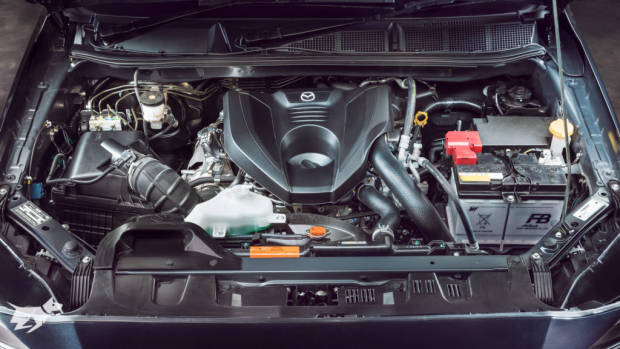 Buyers who wanted the heart of a D-Max in a substantially more stylish body will find their desires met by the BT-50, which wraps Isuzu’s updated, but tried-and-tested, three litre turbodiesel four-cylinder in a hotter body outside. Now making 140kW/450Nm, the Isuzu diesel is known by fans as a “truck engine” and should provide the Mazda with lasting durability covered by the brand’s five year warranty. The engine nestles into the heart of the segment, though it is a little down on power compared to the updated Toyota HiLux or the six-cylinder Volkswagen Amarok.

That said, the new engine is down on power from the 147kW five-cylinder offered in high-spec BT-50s from the previous generation and the four-pot is mildly less refined – but it is hardly night and day. The tune of the six-speed torque converter automatic is fairly intuitive, and we found our tester BT-50 oddly better to shift than a D-Max we had sampled a couple of weeks earlier. By rights, they should have been identical.

The ride and handling is competent if not engaging – par for the course in this segment. Almost any SUV will be more comfortable and more agile: this is a heavy, lumbering ute in a class of heavy, lumbering utes. Even so, the steering is moderately direct and it isn’t much of a chore to manoeuvre. Grip at high speeds on country roads is acceptable. 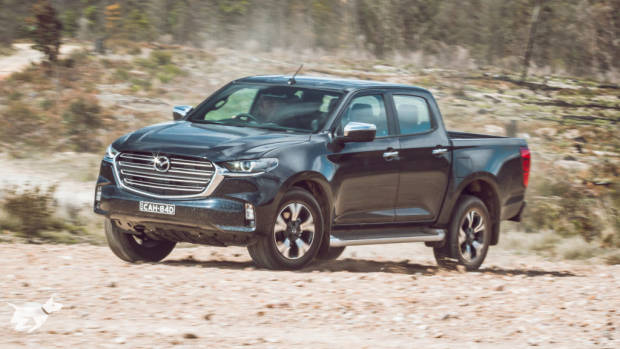 Off-road, the BT-50 benefits from the D-Max’s new standard-fit rear differential locker, and there is a dual range transfer case for the 4×4 system. 4×2 models are available now in dual-cab form, while cheaper single cab versions will be available at a later date.

The dual cab is reasonably spacious in the back seat, with good headroom and legroom for six-footers. The seat base lacks support, though, so long trips won’t be comfortable. Air vents and a solo rear-row USB port are packed in, as are an armrest and a bag hook on the back of the passenger seat rated to 4kg.

The squarish tub is accessed by a tailgate that isn’t damped, so you’ll want to catch it – again, Mazda aren’t alone here, but in America, a damped tray gate is becoming the norm. Four clear tie-down points make securing loads relatively easy, but after moving house in the XTR on test – really! – we’d definitely be organising a bed liner as on this grade, it’s simply painted metal. 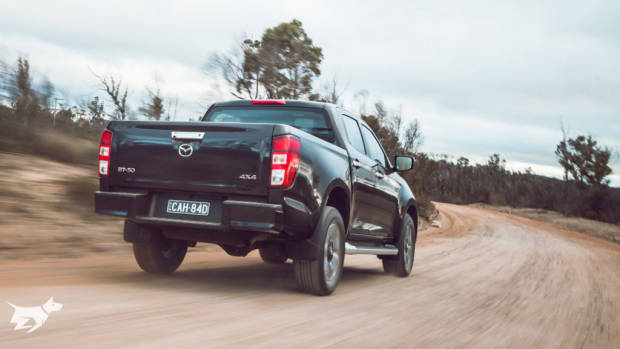 Standard kit is generous across the three-grade line-up, particularly in the area of safety. Mazda and Isuzu wanted their utes to score five stars in the tough new 2020-2023 ANCAP protocol, so that meant including AEB that can detect cars, pedestrians, cyclists and oncoming traffic at junctions (junction AEB), plus a centre airbag across the range.

Unfortunately, the BT-50’s many standard-fit adaptive safety systems – it also takes in forward collision warning, lane keeping assistance, blind spot monitoring, rear cross traffic alert and a reversing camera, plus adaptive cruise control for automatics – are tuned hastily. That’s especially true for the forward collision warning, which appears to be on a hair-trigger, with even gentle acceleration triggering alarm bells in the cabin if a car is in front of you.

Mazda are to be commended for fitting these systems as standard in a commercial vehicle, but the implementation lacks polish. 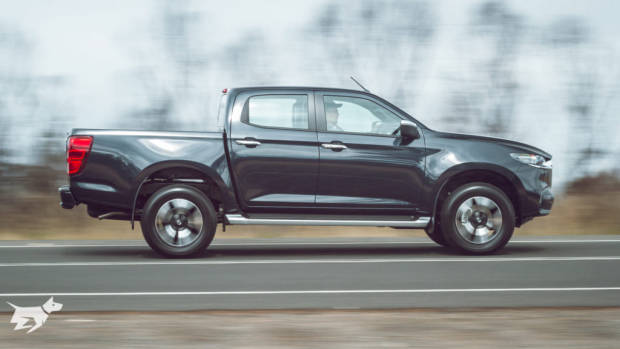 Also included on the base XT are 17-inch alloys – no steelies to be seen – plus LED headlights, body-coloured mirrors and bumpers, a seven-inch screen with wireless Apple CarPlay and wired Android Auto, Bluetooth, two USB ports, and DAB digital radio. 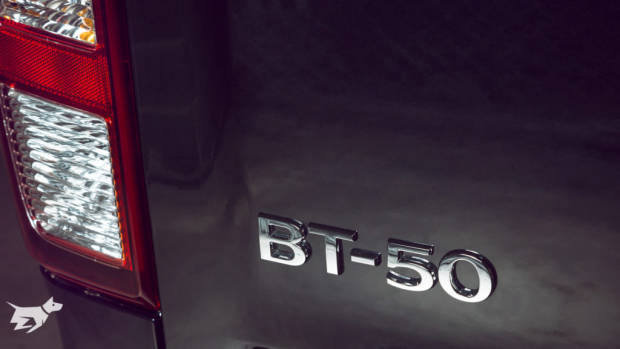 Finally, the top-shelf GT grabs brown leather seats with power adjustment for the driver and heating for the front row, plus chrome mirrors, front parking sensors and remote start for the automatic version.

Mazda says the base XT will account for nearly three in five BT-50 sales, while the automatic will outsell the manual 84% to 16%. Nine out of ten BT-50s are 4×4, with tubbed pickups accounting for more than two thirds of sales.

All prices are exclusive of on-road costs. 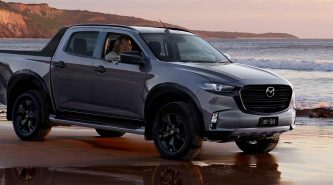 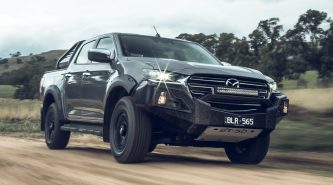 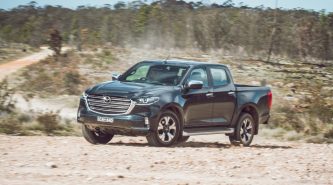 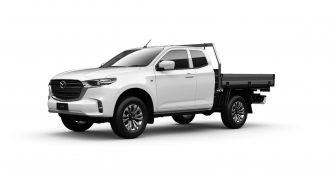 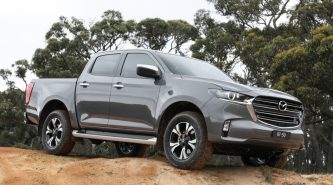 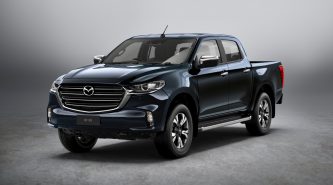 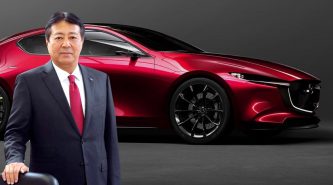 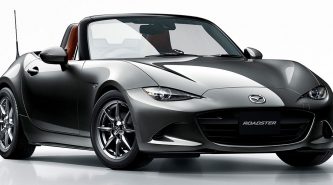 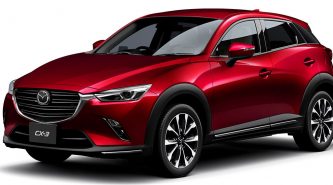 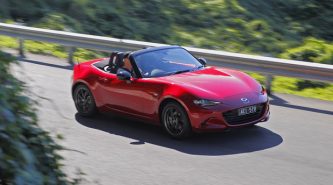 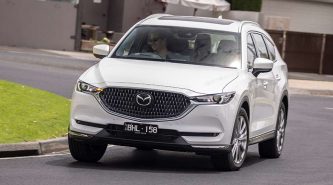 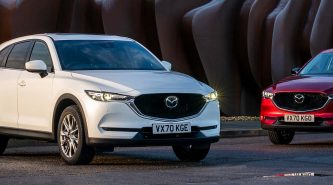 Current CX-5 to remain on sale for several years, despite new SUV models on the way 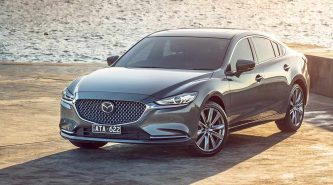 Mazda 6 2022: set to launch late next year with a straight-six engine and RWD 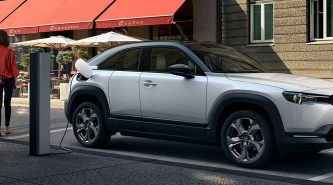 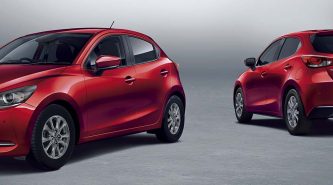