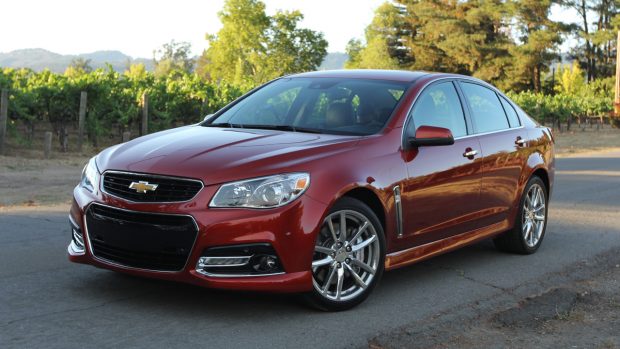 The weight of expectation on Holden has been obvious. The final Australian-made Holden will be the car farewelling more than half a century of local carmaking history and they needed to create something special.

The final Commodore update, coined the VF Series II, was unveiled at Holden’s Port Melbourne headquarters last month. Few realise that the Series II has existed for more than two years, lightly camouflaged and under active development on the other side of the Pacific Ocean. In July we drove it – from Los Angeles to San Francisco.

Badged the Chevrolet SS, Americans have since 2014 been able to purchase a few advance, near-identical copies of the Series II Commodore SS-V.

The ten-day experience allowed Chasing Cars to experience Holden’s big surprise for the last Commodore: a bigger-block 6.2-litre V8 producing 310 kilowatts of power. We drove an LS3-powered SS from the bustling city of Los Angeles, following the Californian coastline north for 700 kilometres, before returning it in one piece in San Francisco. Two Aussies, road tripping up the opposite Pacific Ocean coast, in the final evolution of a historic Australian car.

California enjoys incredible variation in their roads. This was an opportunity to thoroughly test the new Commodore before it was finalised for Australian sales. LA’s traffic, Malibu’s chassis-flexing canyon backroads, and long highway stretches above 130km/h — all were at our disposal. 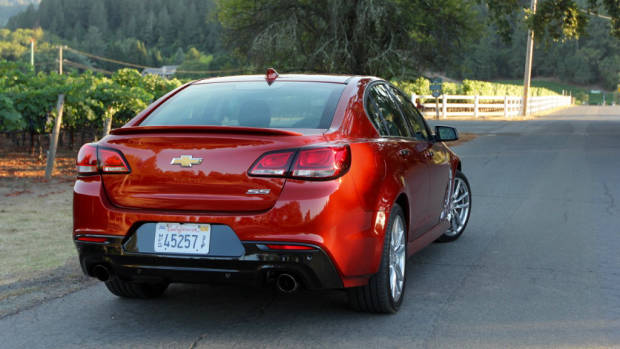 We found our SS in a carpark out the back of LAX. Distinctive in its ‘Some Like it Hot’ orange paint job, ours was equipped with the “optional-for-America” manual transmission.

Being delivered alongside ours was a black automatic SS. The excited LA journo was delighted to see two Holdens together, remarking on how unusual this was. She was right: it was the last time we saw another SS the entire trip.

From the moment the clutch was first dropped and the start button pushed, we had a smile plastered on our faces.

The 6.2-litre is paired to a new bimodal twin-outlet exhaust. Throttle blipping is automatic on ignition — filling the carpark with the crackles, pops and gurgles that now characterise the Holden’s engine note.

Gone is the muted sound of the old six-litre. The SS now sounds like a proper muscle car—angry from idle to red-line.

It’s clear that the VF Commodore and the LS3 6.2-litre V8 were made for each other. The old six-litre doesn’t compare to the character and flexibility of the upgraded eight. The new snarl and substantial power boost transform the SS. It feels fascinatingly similar to the early-2000s E39 BMW M5 — rear-drive, naturally-aspirated, and of similar proportions to the SS. 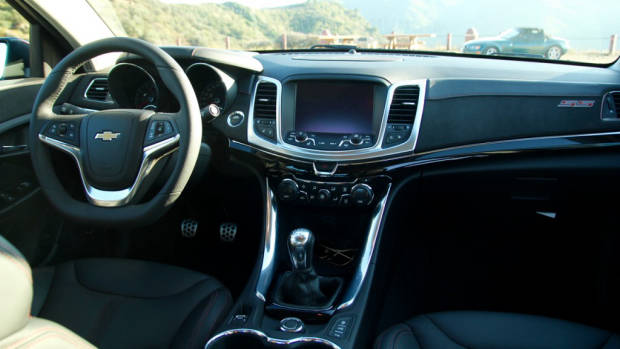 Paddle shifters accompany the automatic, but the 6.2’s character is better-suited to the manual. Those who can
should opt for the stick shift. The manual will be remembered as the quintessential gearbox.

Characteristically meaty, the clutch is linear and predictable; the shift short and exact. Abundant torque — more than 560Nm — makes stalling almost impossible. That means the manual is completely usable in the city – in traffic the SS is happy to crawl in second, or even third gear.

We discovered this while snared in the infamous Los Angeles traffic, where most time is spent under 30km/h. Fuel economy is never an outstanding feature in naturally-aspirated V8s and the SS is no exception. In town, consumption climbs above 20L/100km. Across the whole trip, we never beat 10L/100km. It is just too tempting to drive the SS with purpose rather than parlousness.

The Californian summer heat is like ours — properly hot, above 30º, but not too humid. The American SS’s standard cooled seats are a feature that should come to Australia. The rest of the interior is just as likeable as the version we get at home — leather and suede make the VF’s cabin feel more expensive than it is. The large, supportive seats remain comfortable over many miles, and suit the lazy, long-legged dynamics.

Breaking out of the traffic, we headed into the LA canyons to shoot some video pieces for this review. Just north of Malibu, Angelinos are blessed with beautifully surfaced, twisty roads, which on both our visits were largely deserted. These stunning granite-lined roads made for a perfect location to push the Commodore’s updated chassis. 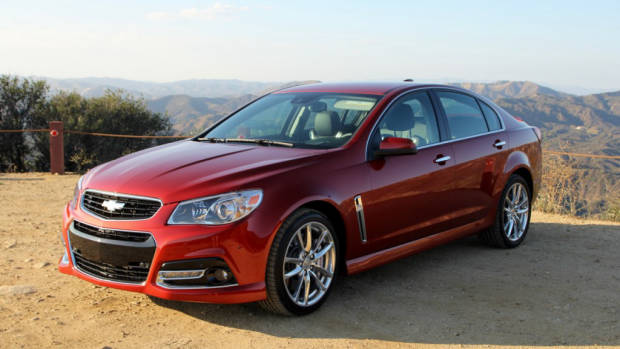 Long straights and sweepers are plentiful in the canyons, affording room to rev out the new 6.2-litre. It sings. Baritone obviously. Pushing the nose out of a hairpin, the SS rips through the entire second gear range to 7000rpm at [more?] than 100km/h with a burly growl. Lifting off the throttle in anticipation of the next right-hander, the exhaust no longer fades. Instead, it now delights with raw overrun, all crackles and pops as the revs fall away.

The bigger V8 means the nose is heavier than before, and the SS is a large sedan physically — but push on and it keeps up. Suspension adjustments mean the 6.2 feels as sharp as the lighter SV6.

The steering is still precise and the flat-bottomed wheel is communicative of what’s going on up front. Luscious throttle predictability means you can take control of the rear-end and, with a safely controlled slip, make fine adjustments mid-corner. The friendly traction control helps you along the way.

Dynamically, the SS is a special car. It inspires confidence in all of its drivers. It makes you want to drive. At times, the SS can make you a touch overconfident: the new all-corner Brembo brakes compensate for that, pulling up with alacrity.

Having the SS out and about in America is an interesting experience. Mostly, the VF’s understated European lines fade into the background. The SS is not actively marketed by Chevrolet, and it is often confused with the Malibu, a Camry competitor. In a country where lots of chrome is code for performance cars, the SS is sometimes criticised for its quiet design language. That said, one local in the coastal town of San Simeon did notice the SS. In fact, he first picked up on my R.M. Williams boots — another largely unknown Australian icon, “impossible to find here!” — before looking past me to the orange Holden. There are Americans fascinated by Australian culture, it turns out, evidenced by the Californian who excitedly poured over the car.

We had found ourselves in San Simeon looking for lunch. The town falls about half way on the twelve hour drive to San Francisco. Most take California’s Highway 101, a Hume Highway-like inland freeway that cuts the drive to about five hours but is equally unexciting. But we wanted scenery rather than speed, and opted for the original coastal route, Highway 1. The mostly single-lane backroad hugs the cliffs from Santa Barbara, through the surfing towns of Big Sur and Monterey, before a final highway push past San Jose to the Golden Gate.

We have some great coastline roads, and California’s Pacific Coast Highway is right up there. Perched on the side of a granite rock face, the road tracks past crashing waves, rolling clifftops and pine trees for hundreds of kilometres. The twists and turns keep the drive interesting and drivers attentive, though the Holden’s well-bolstered seats and Bose audio make for a comfortable environment to take in the sights.

Unlike LA’s canyons, Highway 1 is busy. RVs keep average speeds low, and to keep up the pace, you need to be ready to use short overtaking zones, tucking in before the next blind corner. 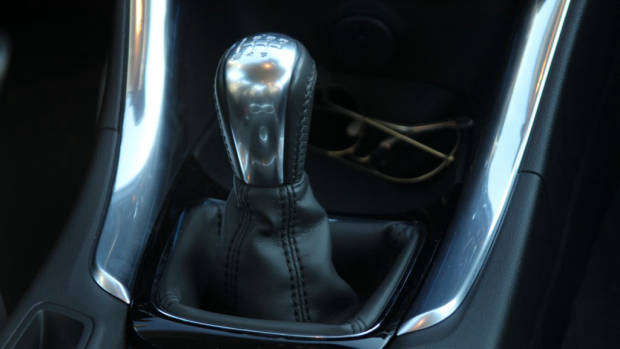 The SS’s new bent-eight is amazingly tractable. There’s no need to drop to third to overtake —it’ll do it in fifth — but the sheer pace in the lower gears, accompanied by a breathtaking roar from the new exhaust — means we row our way past countless slower vehicles all the way to San Francisco.

The last two hundred kilometres to our destination are on the highway, with traffic flowing along at about 130km/h. The Commodore’s new V8 lopes along, barely ticking over, in near-silence.

Los Angeles to San Francisco is one of the epic road trips. We end our time with the SS with a few days in the City by the Bay, and its surrounding Napa Valley wine country.

I’m one of the younger members of my profession. It’s harder to connect with the nostalgia that many feel over the loss of local car manufacturing. The Australia I grew up in didn’t have a Holden or a Ford on every driveway – just as often it had a Mazda or a Subaru.

That said, it’s impossible not to feel impending pangs of loss, having now taken an epic road trip with the last-ever Commodore SS. Big sedans with big engines may well be a symbol of Australia’s past, but there is something heroic about that past in the conquering of Australia’s vast distances in a mighty chariot.

But when the last one rolls off the line at the Elizabeth plant, I’ll be remembering our experience with the last-ever Commodore. When it comes to covering those vast distances, no car did it better. 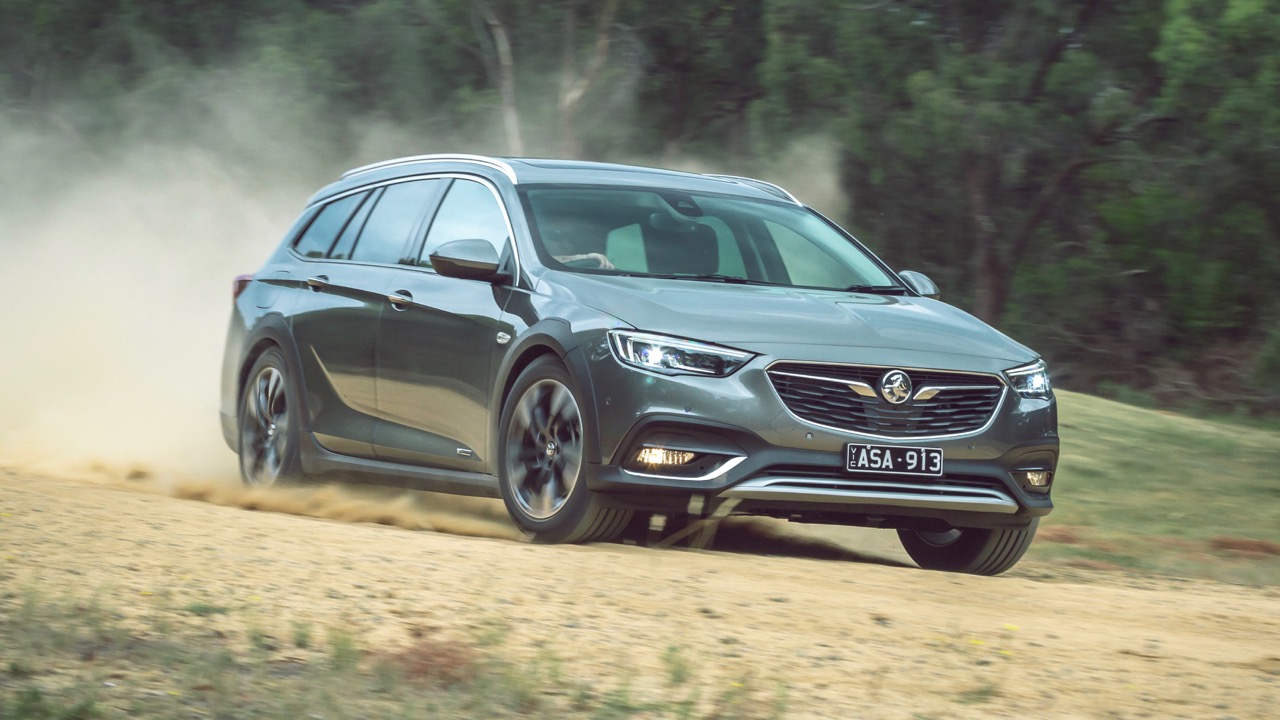 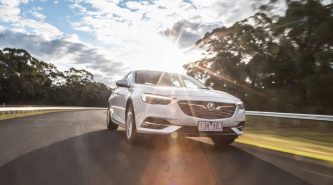 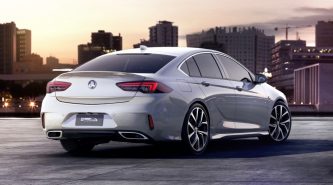 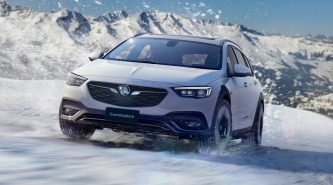 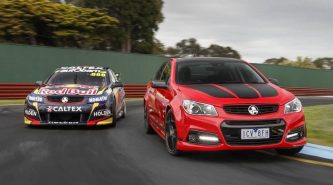 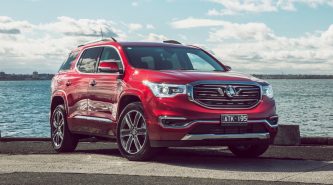 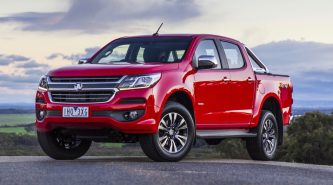 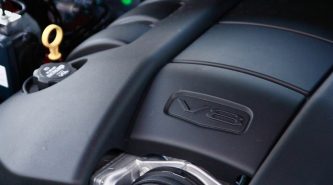 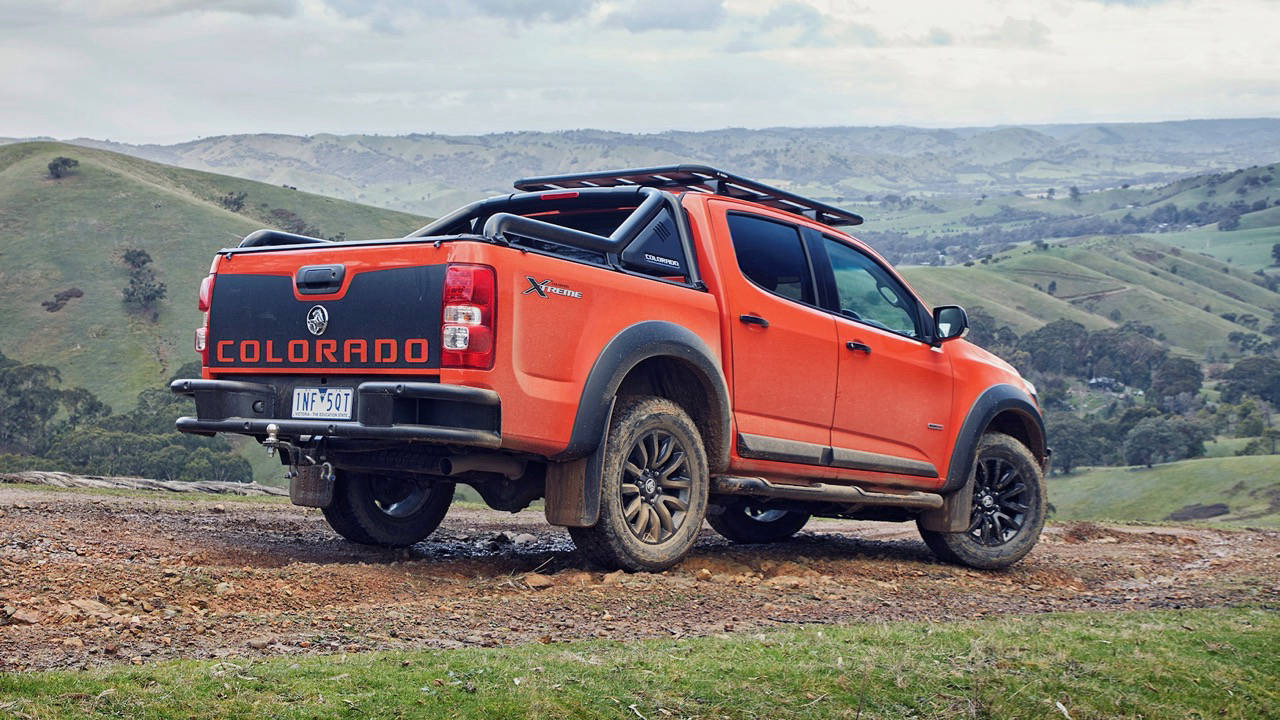 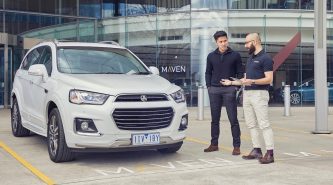 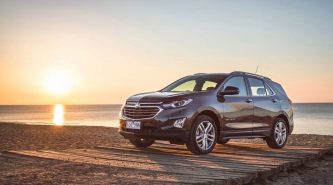 2018 Holden Equinox on sale in December 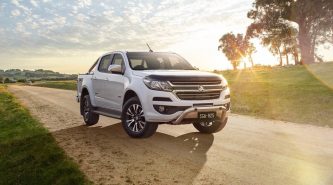