If you love driving, you should own a Mazda MX-5 at least once in a lifetime. Maligned by the uninitiated as a hairdresser’s car, the MX-5 is in fact anything but – providing one of the purest distillations of the driving experience ever. With brilliant dynamics that flatter its driver, delightfully accessible performance, and a relatively inexpensive cost of entry, the MX-5 is one of the enduring greats of the new car market – right up there with the Volkswagen Golf GTIs and BMW M3s of the world. And while the fourth-generation MX-5, called the ND, is offered in twelve configurations, it’s the cheapest and simplest of the dozen – the 2017 Mazda MX-5 1.5 roadster manual – that is the best of the lot.

The least-powerful, stick-shift, soft-top MX-5 is the best to drive, and it’s the purest interpretation of the MX-5 philosophy, to boot. Weighing less than a tonne but packing a modest 96kW of power and 150Nm of torque, you buy the best balance of hard cornering ability with the satisfaction of having to really cane that engine hard to keep momentum. The need to keep the 1.5-litre on the boil is a perfect antidote to the arguably overpowered turbo hot hatches of our time. This simple roadster also contrasts the other end of the MX-5 range, the two-litre MX-5 RF GT hard-top that Jake drove last week. 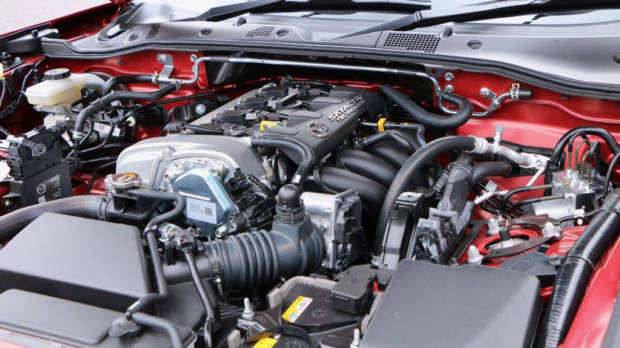 So, the 1.5-litre engine. The 96kW of power arrives at a heady 7,000rpm, while the peak torque of 150Nm is found at 4,800rpm. As the figures suggest, the engine needs to be worked hard and right to the 7,800rpm redline – which itself is a 1,000rpm higher cut-out than that in the optional 2.0-litre engine. Where the 1.5-litre stands out as the pick of the two engines is in its sweetness.

It’s the 2.0-litre that is obviously faster and torquier, but it sounds coarse and gruff almost all of the time. By contrast, the 1.5-litre has a number of happy personalities. It’s metallic at low revs, it zings through the mid-range and really sings up at the high end before you throw the bolt-action shifter into the next gear and experience the pattern once again. The MX-5’s short-throw manual gearbox is one of the best in the business – and again, it’s a story of the unit in the 1.5-litre being even sweeter. The smaller engine’s manual is noticeably slicker, even on our barely broken-in tester. The 2.0-litre’s slightly sludgy first-second change is entirely absent in the smaller engine. A light clutch with a predictable friction point completes the picture; in this car, heel-toe is as easy as it’s ever been. While this car’s six-speed automatic option isn’t bad, the MX-5 is best in simplest form – and that means changing your own gears.

Simple and small – that’s the MX-5 recipe. Despite having the longest wheelbase yet – a triumph of how tightly modern cars can be packaged – the ND, at 3.92 metres, is the shortest MX-5. This reversed a trend that saw successive generations lengthened; the NC hit four metres. The current car is the widest of the quartet of MX-5 generations but 1.73 metres really isn’t very wide, nor is the 1.24 metre height very high. Remarkably, the ND is the second-lightest MX-5, returning to a figure under 1,000kg; that’s down from over 1,150kg in the NC. 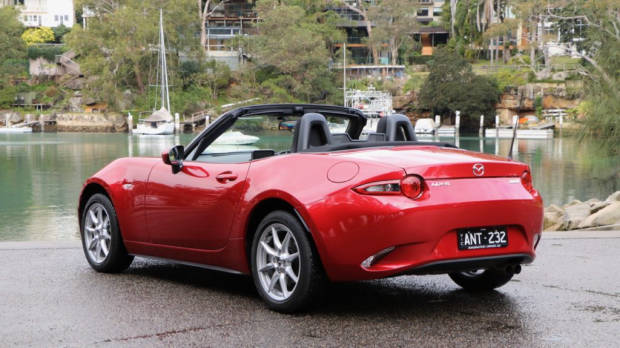 And while it really is quick enough in a straight line, the MX-5 is a classic momentum car that provides its best thrills when cornering. The feather-light front end craves to be pitched into any sort of bend. It doesn’t discriminate between a town junction, a tight and technical mountain pass, or faster canyon sweepers. In each of those situations, the MX-5’s three tools for faster cornering are on hand to assist you.

There’s the light but accurate steering, which directs the creamy chassis as it twists beneath you, before a poke of the live throttle is only too happy to shunt the rear-driven MX-5’s back end into a mild slip into position before the stability control subtly trims your line. That’s particularly the case in the 1.5-litre which suffers from a slight lack of grip – and stability – on its skinny 195/50 Yokohama Advan tyres. 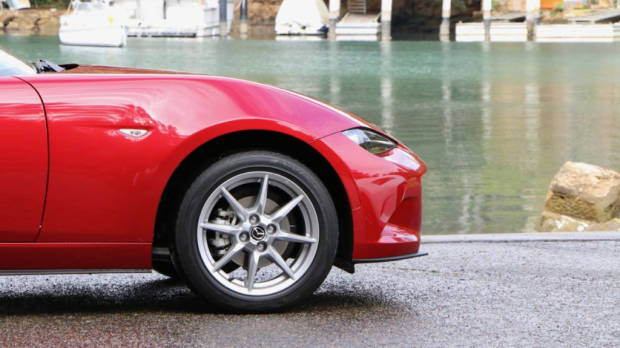 Direction changes are short and sharp, but they are not without drama, which comes in the aforementioned form of safe little slides but also manifests in the MX-5’s comic body lean. It rolls so much more than expected while cornering. To be clear, in this instance body roll is a positive. The MX-5 pitches and sways in maximum attack down a backroad, making the driver really feel everything that is going on beneath. Compared to a Toyota 86 – or even this car’s hard-top cousin, the MX-5 RF – the body motion comes as something of a shock in an era where even tall SUVs are marketed as being body roll-free.

And while the 1.5-litre MX-5 is a simple machine, and one that delivers a pure driver-to-vehicle connection, the truth is that you don’t actually have to forego convenience for your $33,340. Crisp LED headlights, a seven-inch touchscreen with satellite navigation, a six-speaker stereo, and classy leather stitched to the steering wheel and gear shifter mean you’re left looking for reasons to spend another $5,000 to upgrade to the higher-tier MX-5 GT. Before this year, the touchscreen – which feels pretty central to the interior – was exclusive to the GT. That’s no longer the case, meaning the additional luxuries of upper-spec car are limited to leather seats, darker wheels, and a few convenience features like automatic headlights and wipers. All nice to haves – but given the MX-5 will realistically be a second or third car for most of its owners, I just don’t see the GT as a necessity. The base model feels very complete.

There was a moment during my week with the MX-5 that I found myself a car length ahead of a $471,718 Bentley Continental GT Speed convertible – you could have fourteen copies of the Mazda for a single one. And while the Bentley is, without doubt, an engineering tour de force – I think that I was having more fun. 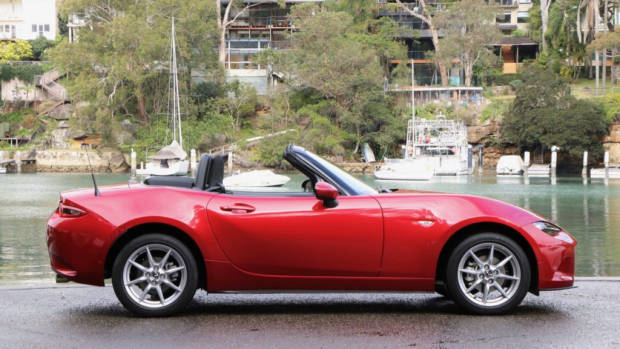 It is a fact that momentum is a factor in driving fun – and when you live with draconian Australian speed limits and a dogged police focus on speed enforcement, the trick to enjoying yourself is to find a car that isn’t technically fast, but simply feels fast from behind the wheel. The MX-5 1.5-litre is a great example of this kind of motoring: the sprint to 100km/h is an eight second affair but your senses perceive a much quicker experience. A combination of the sensory nature of open-top motoring, proximity to the ground, nimble dynamics and raspy engine noise make the MX-5 feel quick, while rarely placing you in danger of breaking rural speed limits.

And that’s the fun of the MX-5 – any of them, but especially the 1.5-litre, manual, soft-top. This is a car that serves up maximum thrills with (fairly) minimal frills. Those that own and love them get that; those that throw shade at the MX-5 call it a toy. But that’s fine – it is a toy! Like the MG that preceded it, the MX-5 is just such a happy, vibrant, joyful car that demands to be driven hard, and refuses to pretend to be anything it’s not. And that’s what I love about it. 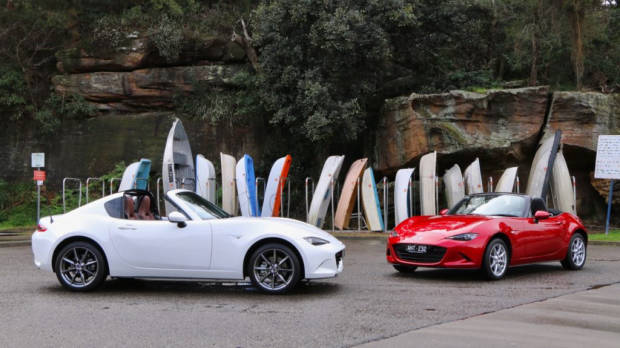