It's been just two years since the third-generation Outlander SUV made its debut – but Mitsubishi have already seen fit to give the car a comprehensive refresh. There's a new look coined 'Dynamic Shield' outside, there's a refit inside, and performance improvements lie under the skin. All this creates a much-improved midsize SUV – the Outlander still isn't class leading, but the changes see it climb the ranks.

The range remains broad with three trims, three engines, and two drivelines. Pricing has gone up and down, with entry to a base LS up $750 to $28,490, while the flagship Exceed diesel falls in price to $46,490. But differences between the models are less distinct than ever, with Mitsubishi opting for zero visual differentiation between the grades. It's creature comforts that set costlier Outlanders apart, with the Exceed's advanced safety technology not even optional on lesser trims.

Mitsubishi told us that the focus was on making the Outlander 'more aggressive'. We wouldn't say the new car is as energetic as that – but it becomes more like the competent family SUV it should have been from the start, and a much more compelling option in the segment.

The choice between the petrol and diesel power on the Outlander remains a simple one: the 2.2-litre turbodiesel four remains the superior engine of the three offered.

We enjoyed the strong pull of 110kW / 360Nm diesel, which is paired well with a six-speed conventional automatic. Both the 110kW / 190Nm two-litre petrol and 124kW / 220Nm 2.4-litre petrol are paired to a continuously-variable automatic transmission.

The CVT is certainly improved over the last-gen version, though the artificial 'flare' feeling – where the noise of your acceleration outpaces the speed that is actually occurring – is still apparent. Mitsubishi have done their best to imitate the stepped feeling of a conventional auto and we give them credit for upping the linear quality of the new 'box. It's simply not as fluent as the diesel's normal auto.

The base Outlander LS can also be paired to a five-speed manual. Manual SUVs are disappearing quickly, and while this manual isn't the most sporting of self-shifters, it's unique and quite fun to row your own in a car this size.

The CVTs are economical, though – across the range they claim to return an average reading of 6.7L / 100km. The diesels are even better though, promising 6.2L / 100km on the combined cycle.

The bulk of the improvements to the updated Outlander aren't to do with the engines, though, which are actually all carried over. Instead, the big news is the refitting that has been done to the chassis, suspension, and steering. They all contribute to increase the noise, vibration and harshness (NVH) quality of the vehicle, and make it somewhat more interesting to steer.

The Outlander isn't a passionate corner-carver, but it turns in a flat and fluent manner that makes it quite fun to cane along a country road. The steering wheel itself is easier to hold thanks to 10-and-2 grips, though it doesn't weight up enough as you add speed. Grip is up, though, and the entire car feels more confident than the one it replaces.

Refinement is much improved. The interior is much, much quieter – including on traditional Australian coarse-chip surfaces. And at highway speeds, the Outlander is now almost serene. The suspension copes better with bumps and ruts, too, which no longer jar the occupants. The basics of the Outlander's cabin all carry over from the existing third-generation car. Instead of a redesign, there's been a rethink of the trim and a general increase in quality across the surfaces you interact with.

Mutsuhiro Oshikiri, chief executive of Mitsubishi Australia, told Chasing Cars that the focus has been on creating a 'more upmarket feel' inside the updated Outlander. That's been achieved, in part. Trim feel has certainly increased in quality. The dashboard is now stitched in soft leather-like material; the central bin is much softer for resting an arm on, and the redesigned steering wheel looks and feels much more luxurious.

And then there's the seats. My driving companion and I felt that seat comfort had increased significantly for cloth-trimmed Outlanders – the base LS and mid-spec XLS. Those seats felt like they were better-bolstered for more spirited driving: the leather trim of the Exceed still felt artificial, and we slid around more in those pews.

An electrochromatic mirror, softer headlining and a sunglasses holder round out additions to the cabin, but to the eye, the fit-out is essentially a carryover, and the Outlander's slightly bland centre stack still dominates the dashboard of the new car.

All grades share the same basic infotainment touchscreen, with the XLS and Exceed receiving navigation and additional shortcut buttons. The maps and graphics are unfortunately among the most outdated in this segment – Mitsubishi needs to look to Mazda's MZD-Connect screen for how the system needs to work in the fourth-generation Outlander. Pairing a phone over Bluetooth remains frustratingly temperamental.

There's plenty of adjustment in the front seats, though the Exceed misses electric adjustment on the passenger side. The front squab is a little short to get really comfortable, though; the same is the case on the second-row bench, which is quite flat. Row three is a nice-to-have option, but is essentially for little people only.

The Outlander's boxy shape remains – this has the effect of creating a large, usable cabin that does feel quite light. This is emphasised by the Exceed's standard sunroof, which lets plenty of light in.

Storage levels are variable. There is a generous glovebox, but the central bin and door cards are on the small side.

The boot remains the same size – for five-seat models and seven-seaters with row three folded, there's 477 litres of space – drop all four rows and that expands out to 1,608 litres. With the third row up it's basically shopping bag room only.

The Outlander's warranty is a five-year, 100,000km arrangement. It was noted at the car's launch that this figure is down from 130,000km – James Tol, Mitsubishi's SUV product manager tells us that is to bring Australia into line with Mitsubishi's global standards.

The car is still covered under a capped price arrangement, though, with 15,000 kilometre or annual servicing periods capped for four years.

The Outlander is built in Mitsubshi's plant in Aichi, Japan.

The Exceed is the only model to benefit from advanced safety technology: radar cruise control and forward collision mitigation are standard on the flagship. A blind spot alert system and a lane-warning system don't feature, and none of these features are optional on any other model, which we'd like to see changed in future.

The range has been simplified to three models – a base LS (five-seater only), mid-spec XLS (five or seven seats), and flagship Exceed (seven-seater only).

There's nothing to differentiate the XLS outside, but it gains satellite navigation, dual-zone climate, auto wipers and lights, and electric folding mirrors over the base car.

The Exceed notably gains an advanced safety cruise, bringing radar cruise and autonomous emergency braking. In fact, if you want these features, you'll have to opt for an Exceed. Plus, there's leather trim, a sunroof, power tailgate, full-LED headlamps, and push-button start.

But the sweet spot from the launch day was actually the XLS diesel – it offers the seven-seat practicality of the Exceed, plus the sweet diesel motor, with a list price under $40,000. 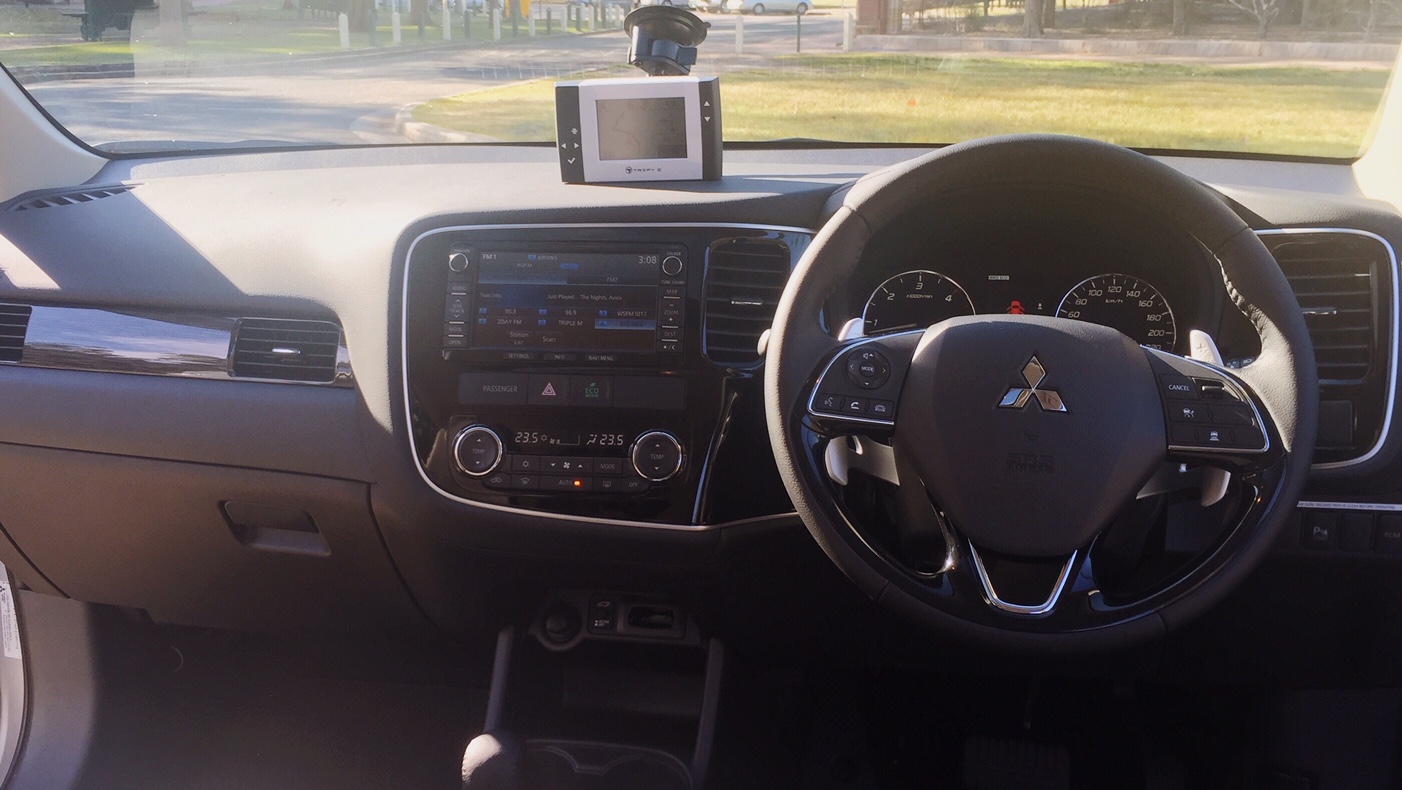