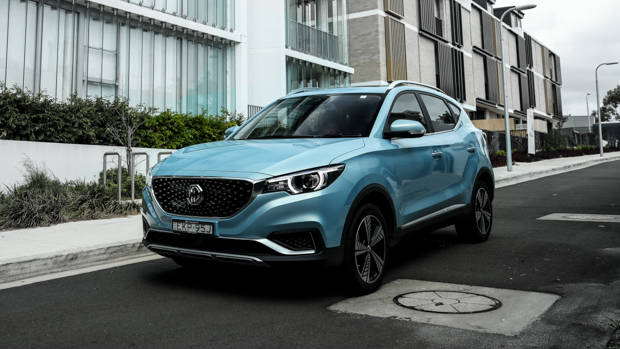 If you’re amped for an electric vehicle future but don’t intend on blowing your stockpiled holiday coin on a frivolous European EV, then MG has the car for you.

The MG ZS EV might sound a bit European, but it’s entirely the handiwork of the People’s Republic of China – built in Zhengzhou, with its liquid-cooled 44.5kWh lithium-ion battery produced by MG in a separate factory-owned facility. 42.5kWh of that battery is usable.

And if it looks familiar, that’s because it’s essentially MG’s circa-2017 ZS small SUV with some bespoke EV styling details to celebrate its comprehensive re-engineering.

What really puts the ZS EV ahead of the pack, though, is its price. At $43,990 drive-away, the fully equipped ZS EV Essence is Australia’s most affordable new electric vehicle by some margin.

So what do you miss out on when bargain-EV shopping at the outlet store?

Most obviously, range. The ZS EV offers a comfortable 263km of WLTP-measured distance on a full charge, which is competitive with a Leaf (270km) but substantially less than Hyundai’s Ioniq Electric (331km) and Kona Electric (449km for the current model, with the imminent facelift stretching that distance to a generous 484km). 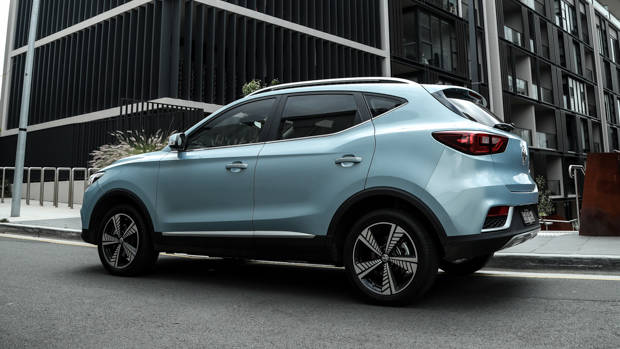 Yet the MG’s range is more than satisfactory, and providing you don’t indulge in its full performance capability too often it’s quite accomplished at maintaining battery charge.

There are three regenerative braking modes (accessed via an F1-inspired ‘KERS’ toggle on the centre console), CCS and Type 2 charging ports (accessed via pressing on MG’s octagon grille badge to reveal a neat hidden panel) and the capability of handling everything from a household socket to a 350kW DC supercharger – though its charging speed is limited to 50kW.

But the ZS EV is no rocket when boosting its battery. Using a circa-$3K 7kW wall box fitted to your garage, a full charge takes around seven hours whereas the emergency 240V three-pin portable 8-amp charger stretches that to 33 hours! Locate a 50kW public station, however, and it’ll reach 80 percent charge (or around 220km of range) in 45 minutes. 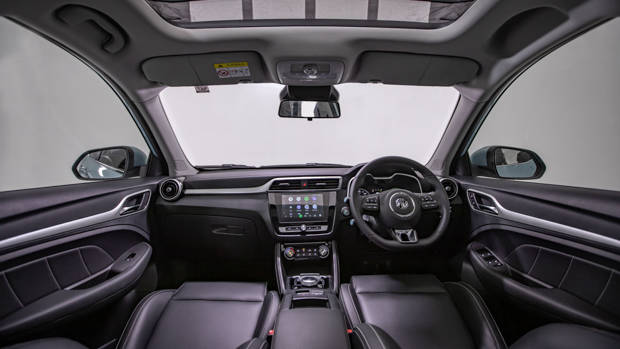 Where the ZS EV is arguably most successful is how it normalises the electric-vehicle experience. On the outside, besides an EV badge on its tailgate, a sparkly plastic grille, bespoke 17-inch alloys with a grid-inspired design and a unique colour (Clipper Blue), it’s much like any other ZS.

Inside, that theme continues. Only its nifty rotary transmission dial (much better than Jaguar-Land Rover’s attempt), bespoke centre-console switchgear (for drive mode, regenerative braking force and battery range) and unique instrumentation give the game away.

Otherwise, the EV is much like any other up-spec MG ZS, meaning loads of space for a small SUV, unexpected seat comfort (given the rudimentary adjustment available, even for the six-way electric driver’s bucket), and an enormous ‘star-gazer’ sunroof that should impress astronomy nerds. 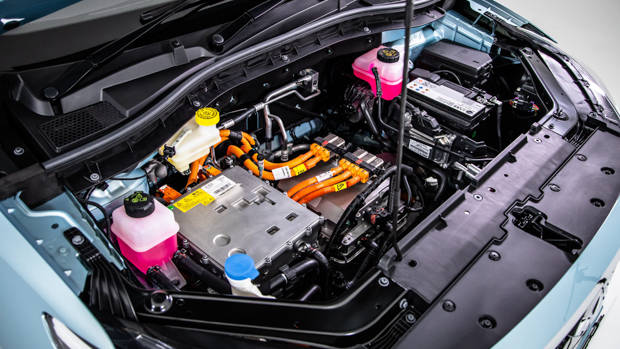 Build quality is decent, the doors close with a solid thunk and the (fiddly-to-use) air-con is ice-cold … though it needs to be, because there’s minimal tint in the windscreen glass and the sunroof’s sheer electric blind filters through way too much light and heat on a hot day.

Indeed, with all that sun hitting the synthetic-leather steering-wheel rim and seat upholstery, anyone who grew up before the ’90s will have childhood flashbacks of scalding skin on the way home from the beach. Strategic touches of cloth would minimise the heat soak while adding some much-needed texture to the ZS’s interior – something MG’s facelifted turbo-petrol 2021 ZST goes some way towards fixing.

About the only other real issue inside the ZS EV is its outdated multimedia system. Unlike the ZST’s newer and larger set-up, the ZS EV features the previous dashboard with its 8.0-inch touchscreen and frustratingly slow processing speed. While there’s wired Apple CarPlay and Android Auto as well as ‘3D surround sound’, actual audio quality is pretty basic – particularly the tinny bass – and you don’t get digital radio. 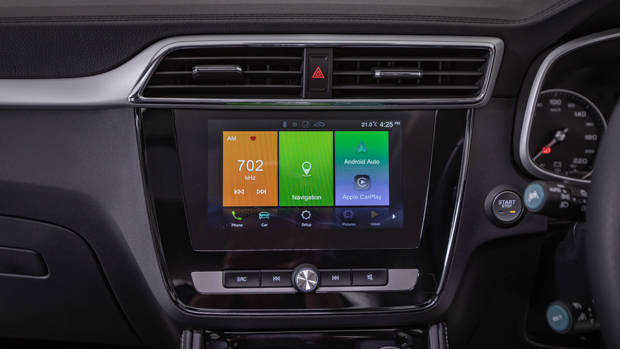 Thing is, the ZS EV’s 105kW/353Nm electric motor is so smoothly torquey and flexible, even those Michelins aren’t enough to prevent the front wheels from breaking traction under full acceleration. And that’s in the dry.

Unlike the turgid regular ZS (if not the sparkling ZST), the ZS EV actually has performance in abundance – MG claims 0-60km/h in 3.1 seconds and 0-100km/h in 8.2 seconds – which is delivered in a lovely, smooth, seamless, silent surge. 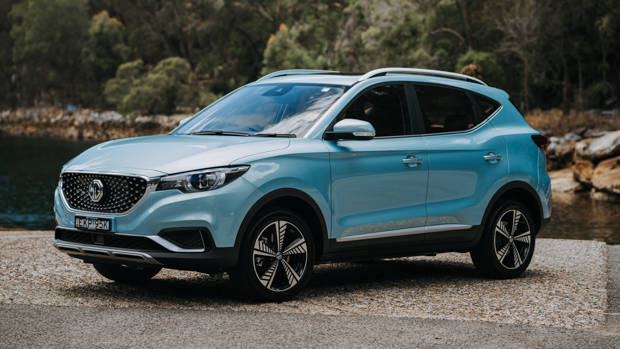 While MG’s EV may not be pushing the boundaries in terms of outright range, its outstanding drivetrain refinement, crisp throttle response, slick regenerative braking system and natural pedal feel would be impressive at any price…

… which makes its dynamic failings all the more disappointing. There’s actually a fine car lurking under the ZS EV’s slightly dated bodywork, and it even has some good points like reasonable turn-in and two levels of useful steering weighting (Normal and Sport). But its suspension is so desperately underdamped, even at urban speeds on straight roads, that its float and lack of body control can be enough to make your stomach churn.

It constantly jostles and lolls about, and because the rear suspension in particular is so lacking in rebound damping, there’s a bobbing to the MG’s ride quality that barely settles on glassy-smooth bitumen. This lack of damping resistance means the ZS EV also leans in corners more than it should, despite the low-mounted electric bits doing great things for its centre-of-gravity. 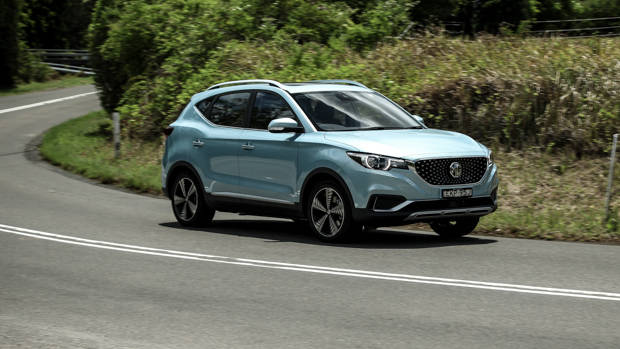 On our test route, one heave taken at 60km/h caused the ZS EV’s rear suspension to bottom out twice as it bounced along in an unsuccessful attempt to contain body movement. And that’s with only a driver on board. Stuff it full of bodies and bags and it’ll be a case of “whoa Nelly!” as whoever is behind the wheel reins in the aftermath.

Fixing that major issue isn’t difficult – a decent set of aftermarket shock absorbers would transform the ZS EV’s body control and ride comfort – and once cured, we’d easily rate it 7.0 out of 10, perhaps more. But in 2021, it shouldn’t be up to owners to modify their car to suit Australian conditions.

MG claims the ZS EV was tested in Australia and New Zealand, but it certainly doesn’t feel like it. Given the huge difference between the nauseating ZS EV and the comparatively firm ride of the facelifted ZST, even MG’s chassis engineers have essentially admitted that work needed to be done. The ZST is noticeably more polished and well-rounded to drive, chassis-wise. 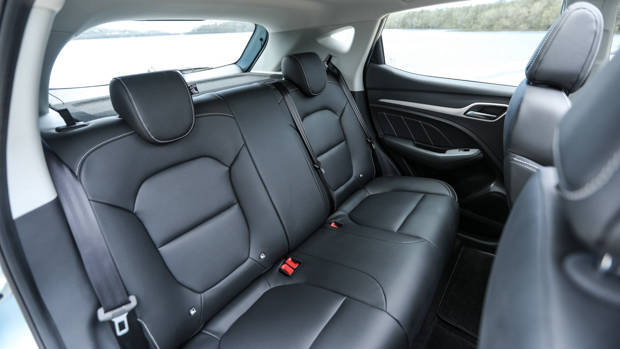 In most of the ways that count, the ZS EV offers a terrific electric vehicle driving experience. It’s solid, roomy, filled with gadgets and proudly votes Green. While it’s clearly an inexpensive car in many ways, with a lack of sophistication in some of its features and finishes, it also proves that the Chinese know exactly what they’re doing when it comes to EV technology.

But until that suspension gets sorted, it’s a car that can only really be enjoyed on super-smooth roads, which as we all know, is not most of Australia.

Get a quote Estimate assumptions 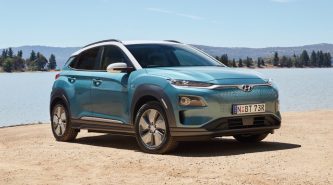 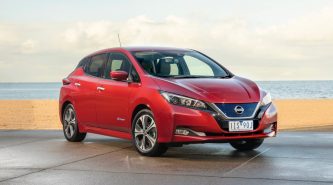 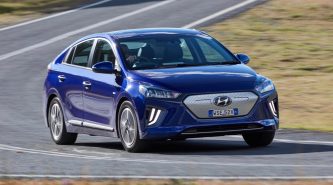 Get a quote Estimate assumptions