If you’d forgotten all about MG since the British sports car maker’s demise in the early 2000s, you wouldn’t be alone. The early years of the twenty-first century was the last time the Morris Garages badge was seen on a small, lithe car – the Roadster that was a fairly common sight on Australian roads in the late nineties, as well as on the ZT sedan and wagon co-developed with BMW. By 2005, the BMW-run MG show had run out of money and was wound up.

But not before the rights and assets of the MG brand had been bought by the Nanjing Automotive Group – a company that later merged with SAIC, which is one of the ‘Big Four’ state-owned car companies of China. By 2010, the new Chinese MG was building vehicles of its own design and in November 2013, the revitalised marque hit Australian shores. 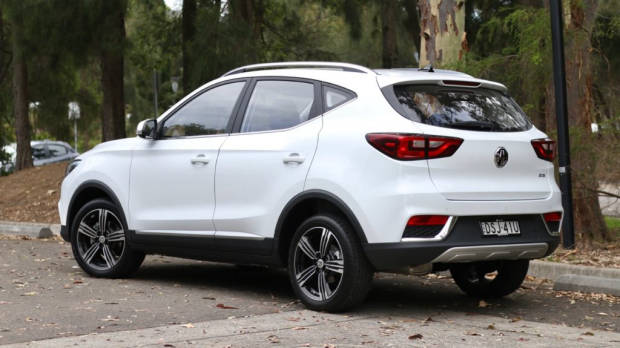 Fast forward to the start of last year and the arrival of the car we’re testing here – the MG ZS, a small SUV that sits between the Mazda CX-3 and CX-5 for size but is priced much closer to the smaller of that Mazda pair. The ZS, which sits above a smaller GS crossover, is priced from $20,990 list for the Excite grade ($24,414 driveaway), though we sampled the top-spec Essence ($23,990 list, $27,504 driveaway).

This SUV was the first vehicle we’d driven from the ‘new’ MG range – so we were pretty interested to see whether SAIC managed to imbue the ZS with some of the verve and spirit of MGs of old. This is still a pretty well-regarded badge in Australia, after all. And there are plenty of examples of Chinese ownership doing wonders for Western brands – look how well Geely (one of SAIC’s rivals) has rebuilt Volvo. 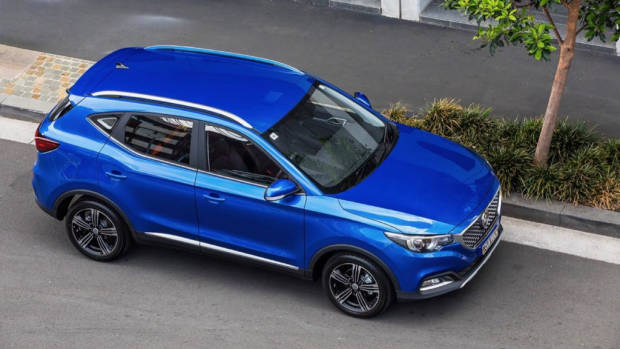 Sadly, the ZS is an MG in name only. While the number plate covers – and dealership signs – read ‘Since 1924’, there is no shared blood between the ZS and MG’s heritage. This is strictly a relationship-by-marriage. That may be a letdown to those old enough to remember or perhaps have owned an MG in the past, but on the face of it, the un-MG-ness of the ZS doesn’t really matter.

What matters much more is that the ZS simply isn’t a very good car. Automotively speaking, we live in astonishing times – almost every new car on the market could be rated as ‘pretty good’ – hence the proliferation of scores of 7/10 to 9/10 in many car reviews you read here and there. 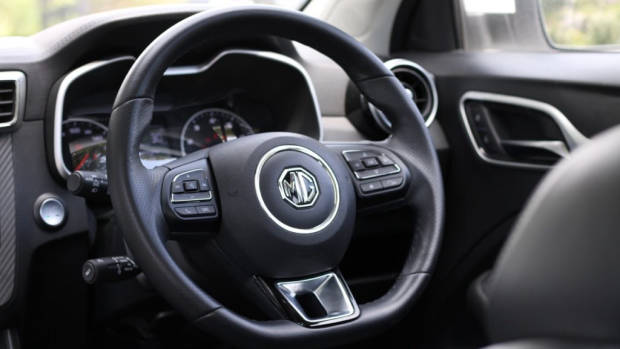 Sadly for MG, the ZS is not ‘pretty good’ – any sense that it is competitive with similarly-priced – or even cheaper – mainstream rivals disappears on close evaluation. With substantial deficiencies in dynamics, refinement and comfort compared to well-known SUVs at this price, the MG ZS only manages the passing grade we have awarded it because, as strictly basic transport, it is functional. And because the styling is actually quite good.

Before we address the ZS’s negatives – and how MG can improve this vehicle in future – let’s talk about the things that really work with this car. 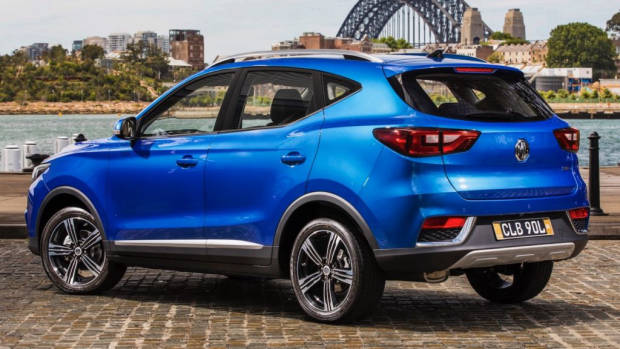 First, the size and the looks are ideal. There are few SUVs that properly bridge the gap between small and medium, but the ZS does this very well. For many buyers, a Mazda CX-3 is too little, and a CX-5 too big. The 4.3-metre long ZS feels entirely right-sized – it is easy to park but has a decently large rear seat anda a big 359 litre boot.

The styling, too, is tasteful. From some angles – and especially in the Diamond Red metallic hero colour – it can resemble Mazda’s popular midsizer but from others, MG has adopted fairly unique lines and the overall aesthetic is pretty classy. Inside, too, the design is pared back and conservative, though the cabin sports many elements that look quite familiar: you may get a laugh out of comparing the MG’s steering wheel to the Mk 6 Volkswagen Golf GTI. 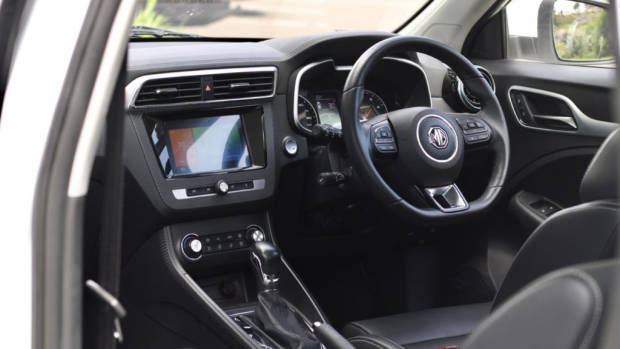 Additionally, the MG range is covered by a seven-year, unlimited kilometre warranty – very impressive and matched only by more established industry player Kia.

With those positives established – and a strong message to MG that they are on the right track in terms of packaging, sizing, and aesthetics – the rest of the ZS experience is less impressive. 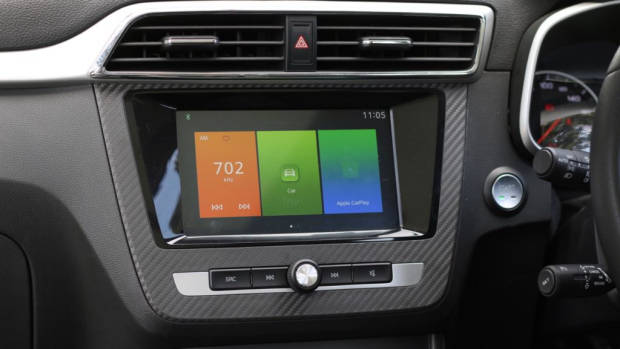 First, equipment isn’t too bad – every ZS has 17-inch wheels, leatherette seating, an eight-inch touchscreen with Apple CarPlay, a Yamaha-branded stereo, and a leather steering wheel. The Essence model subs out a slow 1.5-litre four-cylinder for a slightly torquier one-litre turbo three-cylinder making 82kW/160Nm, and it also gains a very large panoramic sunroof.

Premium-esque features like the big glass roof and leather-like seating are not available at this price point in the ZS’s main rivals, which we consider to be the Mazda CX-3 Maxx Sport auto ($27,490 driveaway), and the Honda HR-V VTi CVT ($26,990 driveaway). That said, both those cars have autonomous emergency braking (nowhere to be found on the MG), and integrated satellite navigation. The Mazda also has blind spot monitoring and its auto braking works in reverse, too. 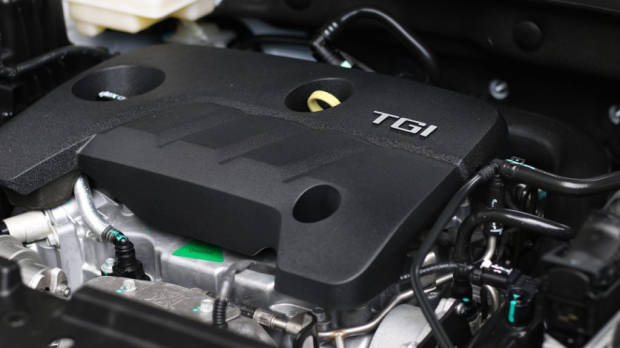 So the MG doesn’t exactly run away in the value stakes, as far as we’re concerned. What about the dynamics?

Well, even if the only driving you do is heading to the shops and back, you are going to notice that the ZS Essence is less refined than its key rivals.

Mainly, the MG is noisier over all road surfaces but especially the coarse chip surfacing common to many Australian roads. In the ZS, there’s a real din, while both the Honda and Mazda manage to reduce road noise to acceptable levels.

Additionally, the ZS’s ride quality is significantly worse than its key rivals. While it handles gentle obstacles like speed bumps relatively well, harsher bumps like potholes, expansion joints and even road surface changes are hugely exaggerated. You notice every feature of the road, transmitted directly to the occupants in the cabin. Combined with flat, unsupportive seats, travel by MG ZS is not comfortable.

The steering is acceptable as long as you avoid the selectable Urban mode, where it is very light – and the ZS’s meaty leather wheel feels good in the hands. However, the handling of this vehicle is less competent, amounting to a downright frightening experience when pushed hard. Exaggerated body roll and an unpredictable electronic stability control programme mean the ZS’s modest handling limits approach unexpectedly fast. 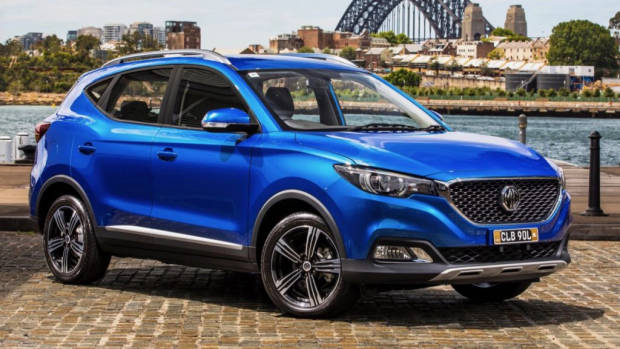 Then there’s the engine and gearbox. The turbocharged three-cylinder petrol isn’t that offensive – with 82kW/160Nm it is naturally a modest unit and it does need a good rev to get moving, but isn’t too bad. But with little noise insulation evident in the MG ZS, you hear the engine working hard.

The main issue with the powertrain is the poor tuning of the six-speed automatic gearbox, which replaces an ancient four-speed in the base car. The six-speed has more gears and therefore idles at lower revs on the highway, but otherwise, there are many issues. Despite this gearbox using a torque converter, somehow MG have allowed it to feel like an old dual-clutch off the line – hesitating and sounding like it is slipping a clutch – while big gaps between ratios make it seem like an old slushbox. Not good. 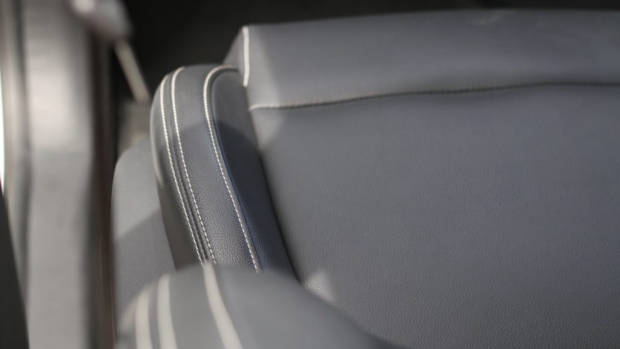 Fuel economy isn’t great, despite the acceptable torque and light 1,245kg mass. The official rating is 6.7L/100km but we only managed to score in the high 8L/100km range across a week of mixed driving.

The lack of advanced safety technology might have been forgivable at this price even a few years ago, but now that a similarly-priced Mazda CX-3 includes AEB that works in forward and reverse, plus blind spot monitoring, means the MG ZS looks old fashioned. While this SUV includes a reversing camera, rear parking sensors and six airbags, AEB is nowhere to be seen – nor is lane keep assist. 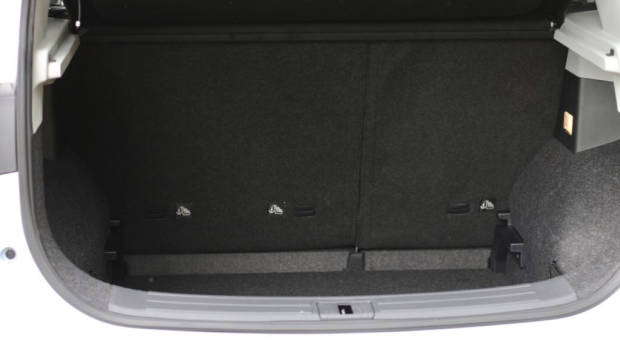 While the ownership credentials of this vehicle are strongly bolstered by a class-leading warranty, questions will continue to exist around depreciation and reliability until both the brand – and this model – have been in the market for longer.

We would find it easier to recommend taking a look at the MG ZS if it was either substantially cheaper, or more competent in critical dynamic areas – the engine, handling, ride quality and noise insulation all need to be labelled as poor. But the reality is that for the same price (on paper) as the MG, you can get a safer bet from Honda or Mazda – plus the Hyundai Kona, Toyota C-HR, or even the Skoda Karoq aren’t much more expensive and are all substantially better bets.

While nostalgics might be disappointed that the ‘new’ MG isn’t much like the British sports car brand it used to be, we don’t really care. It’s more pragmatic to be a city car and SUV manufacturer, but it needs to be done well if MG are to retain their reputation in Australia.

Back to the drawing board on the ZS, MG. 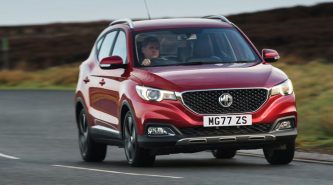 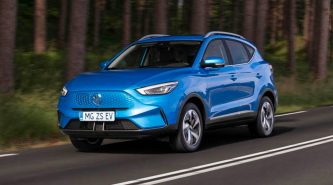 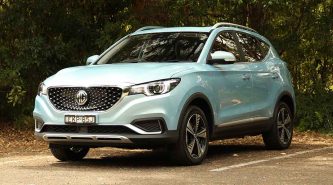 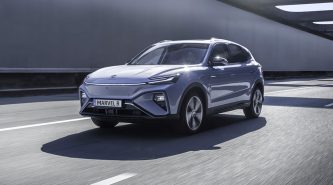 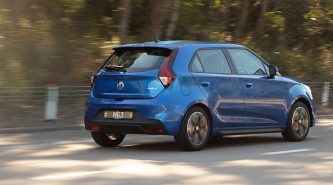 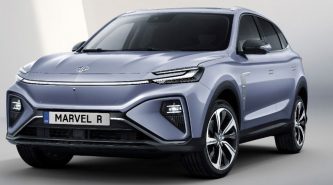 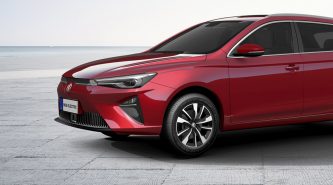