American startup Rivian has taken another step towards confirming it will come to Australia but we may need to wait a bit longer.

It’s the latest hint at an expansion into Australia since Chasing Cars spotted a Rivian R1T ute and R1S large SUV at Sydney Airport last month, strongly suggesting the models were being tested for our market.

In an interview with US publication MotorTrend, Mr Scaringe said Rivian would need to prioritise its home markets in the US and Canada, where customers face an extensive waitlist – but that right-hand drive was firmly on the agenda once left-hand drive supply was sufficient.

Mr Scaringe wouldn’t be drawn on how long North American waitlists were but said some customers could end up getting a 2023-plated Rivian, suggesting a wait of around a year for customers placing their order for an electric ute or SUV now.

Rivian is currently on the lookout to purchase a second factory to boost their current building capacity in the States, following large investment from both Ford and Amazon.

This would create an ideal pathway for RHD Rivian products to be sourced for Australia, as we’ve seen previously from brands such as BMW, Nissan, Jaguar and Land Rover.

Rivian has now begun production on the R1T full-size ute and the R1S is expected to follow suit in a few months time.

Mr Scaringe said more models would follow as part of their global expansion, adding: “You wouldn’t start a car company with the idea of only doing one car.”

“The technologies, the architectures, the platforms are designed to support our global aspirations, as well.”

This opens the door to the possibility of smaller vehicles more suited to Australian tastes, such as a Rivian equivalent to the Ford Ranger ute or Isuzu MU-X large SUV but without the need for a diesel engine. 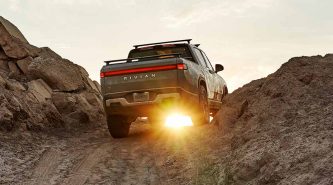 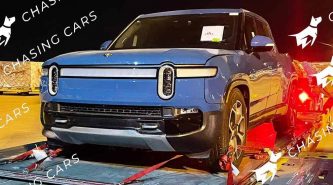