Polestar 2 2022: set to arrive this November as marque sets up shop in Australia

Taking the fight to a growing field of rivals the Polestar 2 will soon land in Australia as the electric-only brand officially debuts.

Polestar has announced the Polestar 2 sedan will officially launch this November as the local outlet for the Swedish marquee officially opens its doors to the Australian public.

The electric-only brand is owned by the Volvo Car Group and, in turn, Chinese multinational Geely, and announced earlier this year it was coming to Australia as part of a major expansion into the Asia-Pacific region.

When it arrives the Polestar 2 will face off against rivals such as the Tesla Model 3 and BMW i4 sedans, and a slew of other electric SUV-based competition.

The EV sedan is offered in three grades offering efficiency-focused models and even a range-topping variant that takes the fight to the Model 3 Performance with an electric motor at the front and rear producing 300kW of power and 660Nm of torque.

Buyers can travel up to 470km on a single charge, according to WLTP testing, and once flat, top up the battery at speed of up to 150kW.

Polestar hasn’t yet confirmed which trim levels we will get in Australia but promised this will be made clearer closer to the launch date.

Yet to be confirmed for our market is the Swedish brand’s first SUV known as the Polestar 3, which will offer a performance flavour and be the first model to sit on the Volvo Car Group’s new dedicated electric vehicle architecture.

The announcement today that the Polestar brand will launch in November comes as the local outlet announces key staff appointments that draw from a wide range of automotive and technology backgrounds.

Australian-born Managing Director, Samantha Johnson, said the new team would bring the right balance of “automotive know-how and a progressive, start-up mindset to the brand.”

“The team will be instrumental in overseeing the launch of Polestar and the all-electric Polestar 2 to Australian audiences from November 2021, while playing a central role in achieving our ambitious growth plans for 2022.”

More information on pricing for the Polestar 2 is expected to be announced closer to the launch in November 2021. 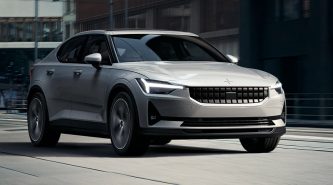 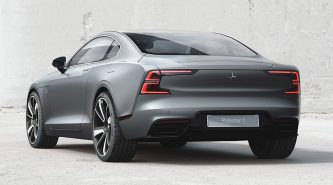 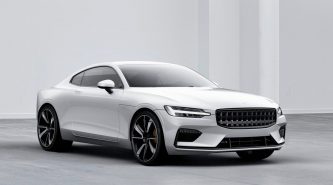