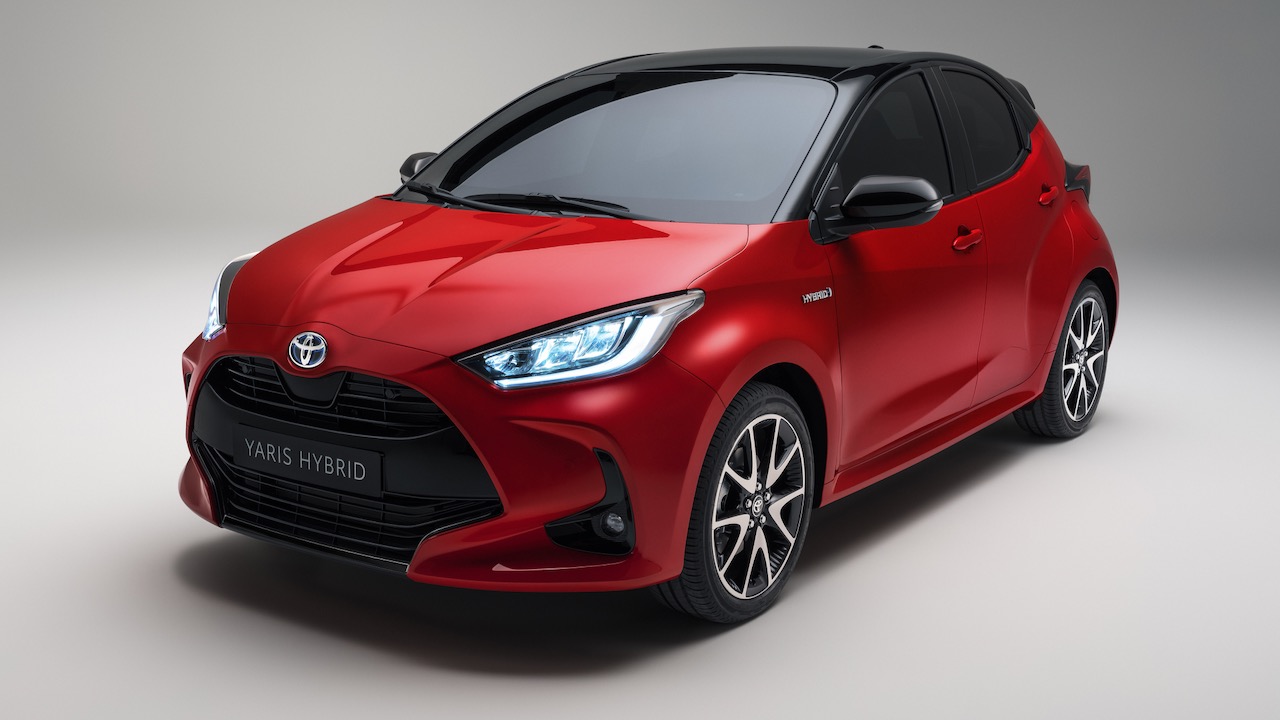 Toyota Australia today confirmed that the new-generation Yaris hybrid hatch – a vehicle rated to use just 3.3L/100km of petrol – has been locked in for an Australian launch this year.

The fourth-generation Yaris was revealed in October, but strong predicted demand in Europe for the hybrid-electric version meant that it was unclear whether Australian buyers would be offered the fuel-sipping technology.

Those hurdles having been cleared, however, an Australian launch date for the hybrid has been locked in for May this year – with the Yaris hybrid set to take the mantle of Australia’s most frugal combustion vehicle.

Like its larger siblings in the Toyota range – the Corolla, C-HR and RAV4 – the new Yaris sits on Toyota’s rigid TNGA chassis. Longer and lower, the new Yaris should sport markedly improved driving dynamics when compared with the outgoing third-generation car, which we reviewed here.

Interior quality is also set to improve in the new car, with a more attractive cabin bundling a large central touchscreen with a partially digital instrument cluster – while a 10-inch head-up display will be an option.

Joining the petrol and hybrid Yaris options later in 2020 will be Toyota’s new halo hot hatch – the Yaris GR – though the very serious Gazoo Racing edition of the Yaris is actually a bespoke vehicle under the skin, sharing only a name with the garden variety iterations.

Pricing has not yet been announced on any iteration from the 2020 Yaris trio. 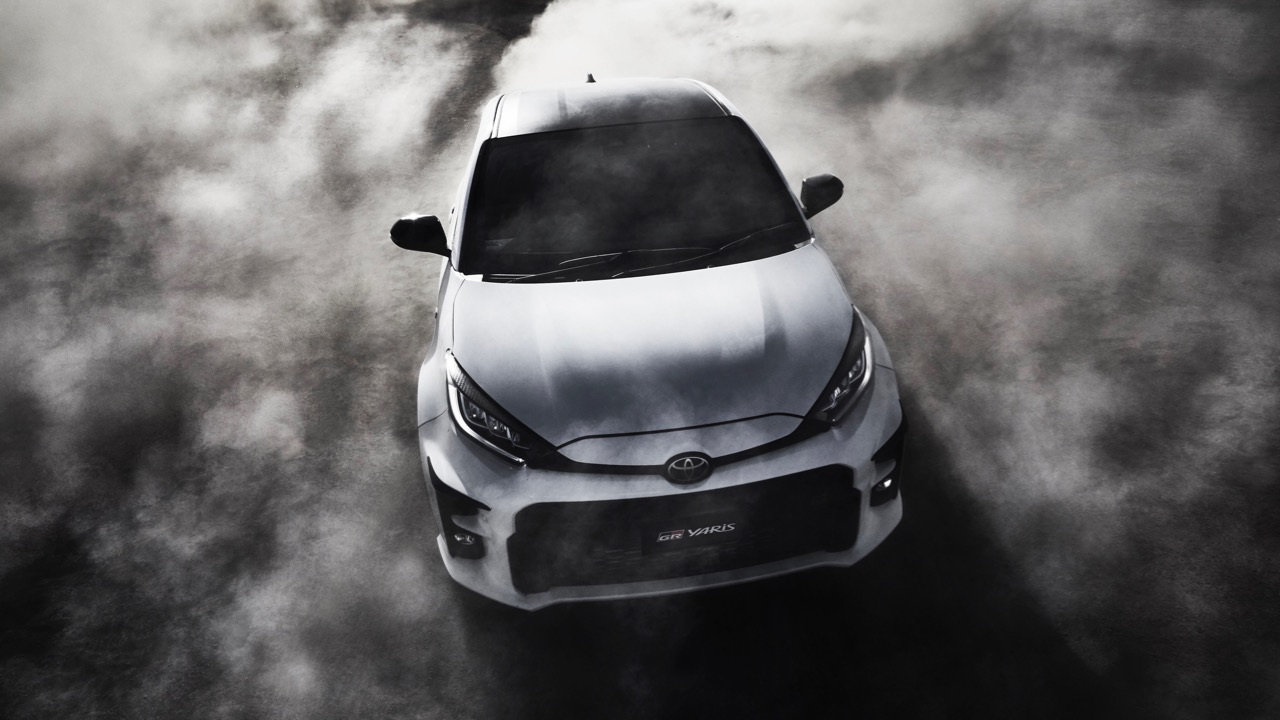 All-wheel drive, a bespoke 200kW turbocharged engine and unique body shape; you could be forgiven for thinking I’m talking about a rally car here. Those are but some details of Toyota’s new GR Yaris, a serious performance machine with performance enough to hang with the brand’s Celica WRC car from the 90s.

Toyota claims the GR Yaris is a product of the brand’s experience racing in one of the toughest motorsport disciplines, it’s a concept not unlike the Celica GT-Four the brand produced in the 90s to homologate their infamous WRC cars. And yet, the GR Yaris is a purely indulgent exercise.

Hot hatches in the Yaris’ regular class don’t stand much of a chance on paper; the Suzuki Swift Sport will be seriously outgunned with just 104kW, while the Renaultsport Clio 220 EDC and Volkswagen Polo GTI lack the all-wheel-drive tenacity promised by the GR Yaris.

Instead – by the time it arrives in Australia likely this year – the GR Yaris’ pricing will probably see it line-up against a larger class of rivals like the all-wheel drive Golf R and tenacious Hyundai i30 N.

Gazoo Racing has developed a bespoke turbocharged 1.6-litre three-cylinder engine for the GR Yaris that summons absurd outputs of 200kW and 370Nm – making it the most powerful three-pot available. Toyota says this is possible thanks to ‘motorsport technologies’ gleaned directly from its WRC program.

An impressive kerb-weight figure of 1280kg is quoted which, combined with the bespoke engine, should see the GR Yaris complete the standard sprint in around 5.5 seconds.

Enthusiastic drivers can rejoice that despite the gram-and-second focussed racing program having much to do in developing the GR Yaris, there is no lightning-fast paddle-shift found here. Instead, power is transferred by a proper six-speed manual gearbox which we already know Toyota does well.

There’s a trick all-wheel drive system tasked with putting the power to the road which Toyota (unsurprisingly) have called GR-Four. It’s a system unlike any other currently found in a production car that, thanks to trick gearing found in the front and rear differentials, can allow up to 100% drive to be sent to either front or rear axle.

In normal driving modes the default split is 40:60, while a sport setting can be selected where the car will default to 30:70 and in track mode – designed with maximum lap times in mind – the car will start from an even 50:50 torque distribution.

A bespoke body was needed for the GR Yaris, to start the roofline sits a whole 91mm lower than a regular model with frameless doors to boot, while the imposing-looking fender flares see the GR swell to 1,805mm compared to 1,695mm for the regular grocery-getter.

Look closely and the number of doors of the GR Yaris is only three, chopping two from the five-door shell, the whole thing looks more like the WRC car than grandma’s Yaris.

Not content with unique bodywork and engine the chassis is also a custom item. Toyota says they combined the front half of their TNGA-B platform that underpins the normal Yaris with the more sophisticated TNGA-C platform as it offers sophisticated double-wishbone rear suspension and pre-existing all-wheel drive capability.

It’s claimed that choosing this mix of platforms allowed the Gazoo Racing team to locate the engine lower and further back in the chassis too.

Toyota Australia is yet to confirm an arrival date but we expect the GR Yaris to arrive later this year. Sadly Australia isn’t slated for the ‘high-performance’ version that gleans stickier rubber and a rear LSD, but we still can’t wait to have a steer in this unhinged city-car.