Since its 2014 launch, the Porsche Macan has become a much-loved member of the Stuttgart sportscar-maker’s range in Australia: locally, one in two Porsches sold so far this year have been a Macan.

It helps that the Macan, a luxury midsize SUV sized like – and related to – the Audi Q5 is the most affordable new Porsche by some margin, but there is really nothing cheap about this model.

That said, while a four-cylinder entry model simply badged Macan offers a taste of Porsche motoring at $85K, but it’s the revised 2022 Macan S that kicks off at slightly less than $106,000 before on-road costs that really feels the part.

The Macan’s styling, but mostly its superb ride and handling, have garnered this crossover accolades over the past seven years – but nobody really loved the old 3.0-litre petrol V6.

Shared with a number of fellow Volkswagen Group products, the three-litre was serviceable and sufficient but not scintillating. 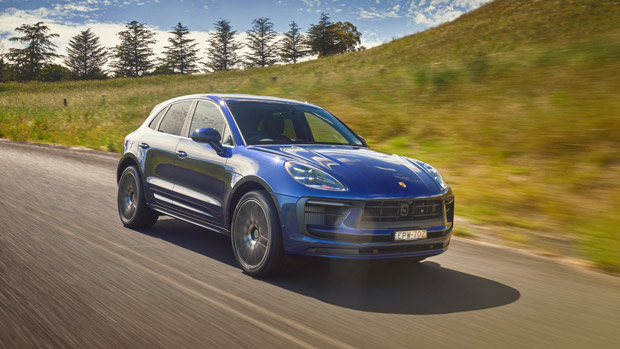 Few tears were shed when the 3.0-litre was shelved from the Macan line and replaced by the stunning 2.9-litre twin-turbo V6 from the Macan’s saucy Audi RS4 wagon and RS5 coupe cousins.

But while the Macan finally feels like it has a worthy six-cylinder engine – a long way into its first-generation run and a year out from the arrival of a new electric Macan flagship that will sit alongside it in Porsche dealers – it’s still this car’s handling that defines the experience.

How does the Macan S drive?

Our 200km launch drive in the updated 2022 Macan range took in tight and technical roads along the Hawkesbury River at Sydney’s western edge to the broad, fast sweepers of the Old Pacific Highway.

We concentrated on the Macan S, which is the sweet spot of the lineup – both on paper and in the real world, as it turns out. Equipped with the 2.9-litre V6 and adaptive dampers as standard, the S represents the best blend of performance, comfort, and cost. 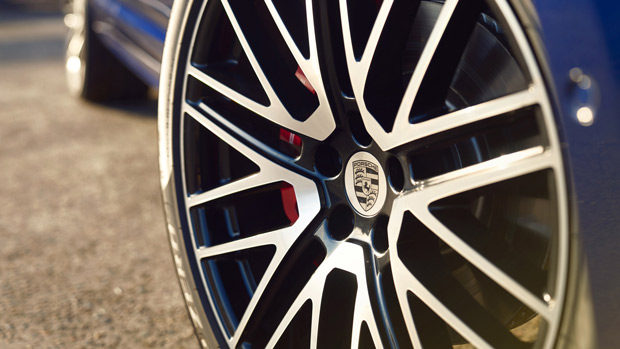 Porsche no longer sells diesel vehicles, so all Macan models have petrol engines, and all three grades sold in Australia use a seven-speed wet dual-clutch automatic transmission with steering wheel paddles.

The entry-level Macan uses a variant of the widely-used EA888 2.0-litre turbocharged four-cylinder engine which produces 195kW of power and 400Nm of torque in this application, while riding on 19-inch wheels and fixed dampers.

Certainly, the base Macan comes across as an attractive sampler of Porsche motoring: it looks the part, on its smart, multispoke wheels, and the interior is comfortable and high-quality. Plus, the turn-in of the base car is particularly enlivening due to the lighter mass of the ‘four.

But it doesn’t ride all that well on fixed dampers, nor does the engine sound brilliant – the base car is easily the least identifiably ‘Porsche’ of any of the trio.

Stepping up to the Macan S feels like moving into high definition: all of the car’s inputs feel more alive; not just the 280kW/520Nm 2.9-litre twin-turbo V6 and optional sports exhaust ($4540), though that’s certainly a significant part of the equation. 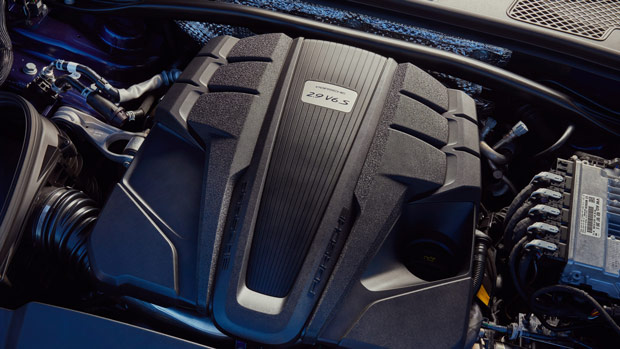 Engine response is superb, with no identifiable lag off the mark and a roar from the quad exhaust tips as the SUV grabs plenty of traction and charges off towards 100km/h in 4.6sec – 1.6sec faster than the four-cylinder and just 0.3sec behind the $24,000-dearer Macan GTS that uses the same engine but produces 324kW/550Nm.

The big difference between the Macan S and GTS is the standard suspension: the S has steel springs, Porsche Active Suspension Management (PASM) adaptive dampers, and bigger anti-roll bars. The GTS keeps PSM but swaps to air suspension with a 10mm drop in ride height.

While the GTS is academically quicker, it doesn’t share the stunning ride-handling balance of the Macan S, which despite not riding on air is marginally more compliant, even on optional 21-inch 911 Turbo wheels ($4860).

The PASM system contains roll effectively in cornering, but the Macan S’s ride quality is forgiving over low-speed bumps while providing a lushly-suspended grand touring persona on fast country roads. Notably the a fidgeting characteristic from the passively damped base model is dialled-out entirely here. While the four-cylinder will tip its nose in with slightly more alacrity, the lower-profile tyres of the V6 models provide more instant response as soon as the small-diameter steering wheel is turned – and the Macan corners like no other midsize luxury SUV.

The handling is far more hot hatch than crossover while bringing the additional benefit of a rear-biased AWD system – you can balance this 1930kg SUV delicately on the brakes on the way into a corner before getting onto the throttle early and hard – inducing giggle-inducing power on the way out.

Notably, the V6 models get 265-section tyres which provide plenty of bandwidth for hard and fast cornering – the four-cylinder makes do with relatively narrow 235-section kicks. 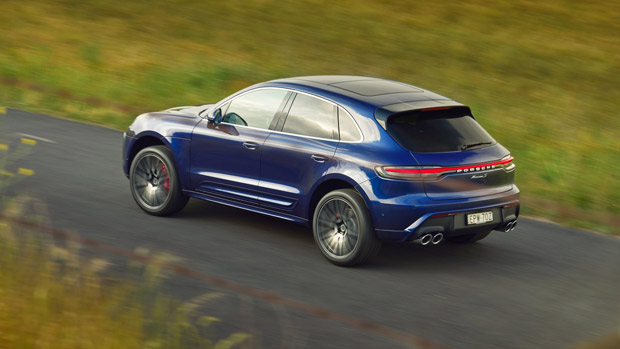 Surprisingly, a number of basic safety systems remain optional on the Macan. AEB is optional, bundled with the $1620 adaptive cruise control pack – given this technology is standard on an Audi Q5 (let alone a Toyota Yaris) makes this a head-scratcher.

How is the Macan S’s interior?

The Macan is not the largest vehicle in its segment and nor is its cabin particularly spacious – but this tight packaging and short wheelbase is one of the reasons it handles so well.

That’s an important fact to keep in mind and goes some way to excusing the back seat that will fit the legs of a six-footer but not much more, and the quite-compact 453-litre boot that sits above a space-saver spare. 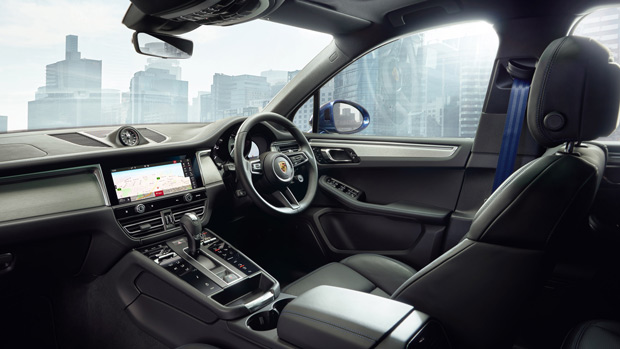 What the interior lacks in space it makes up for in salubrious finishes. Leather is standard and buyers can choose from a range of nine interior colour combinations and five trims. The testers on launch all had black leather with aluminium – elegant but a bit unfeeling – we’d avoid that and choose something more bespoke.

We’d also choose the optional 18-way sports seats, which are excellent value at $580. The base 14-way seats are supportive but flat; the 18-way pews suit those with narrower frames as they have additional adjustable lateral bolstering for the backrest and the squab. 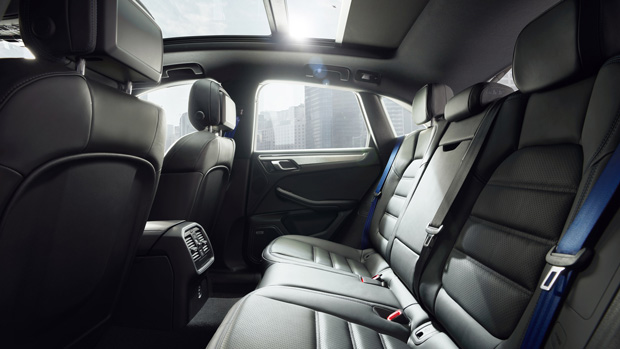 For 2022, the Macan switches to a 10.9-inch touchscreen running Porsche’s latest Communication Management (PCM) software, which is crisp, bright, and mostly intuitive. Apple CarPlay and Android Auto are wireless.

The Macan’s standard 14-speaker Bose stereo is only so-so, though, with average clarity – particularly at the base end of the spectrum. The only alternative is to spend-up bigtime on the high-end 16-speaker Burmester stereo that should fix the problem but at a cost of $6750.

In front of the driver are three handsome dials – one of which is a 4.8-inch high-res screen capable of showing trip computer, media and a moving map – but the others remain analogue and we like that. The tachometer is front and centre. 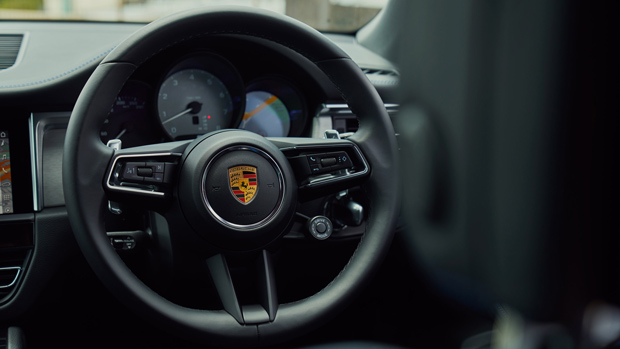 While the dash and door tops are all pleasantly finished and can be had in full leather if you like, there are a few misses in terms of materials. The Macan previously had a swathe of physical shortcut buttons around the shifter – these have been banished in favour of capacitive controls covered by fingerprint-attracting piano black. And speaking of the shifter, the boot is hard plastic … leather would be more fitting at six figures.

But the door bins are big, the cupholders accommodating, and the incidental storage generous enough. Moving to the back seat and while the step-in height is attractively easy, those with basketball-superstar kids will find that legroom is an issue. Six-footer adults can sit one behind the other without an issue but much taller and you’ll start to ride up against the limitations of this vehicle.

Porsche can sell you the bigger (but less feelsome) Cayenne, or larger midsize alternatives like the BMW X3 M40i are out there – but neither handle like the Macan.

What are the Macan S’s running costs?

Porsche does not have capped price servicing on the menu in Australia – which can make the Macan very expensive to service.

Service pricing is left up to individual dealers. Our local Porsche outlet, Sydney South, quotes $4830 to service the Macan S across five years and 75,000km. 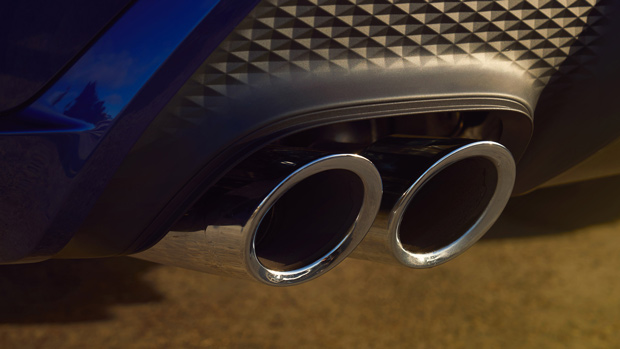 By contrast, the Audi SQ5 – which is closely related to the Macan at a components level – costs $3170 to service for the same period. The 34 percent premium to maintain the Porsche is unusual.

As is the warranty: at three years, it trails the five-year coverage you would receive on a Mercedes-AMG GLC43.

Fuel consumption is also fairly high, but this is a petrol-fed, 280kW performance SUV. Our mixed test run – which involved a fair amount of spirited driving – returned a result of 13L/100km on premium octane.

While the Macan S starts at a price point that feels tantalisingly approachable – in a relative sense – load up a few choice options and it’s not cheap, exactly … but it does feel like good value.

This is a truly premium crossover and a vehicle where the research and development of the suspension is absolutely palpable. No other luxury SUV has managed to blend ride and handling with the same beautiful balance as the 2022 Porsche Macan.

Add in the more sonorous 2.9-litre engine for this year, available in the reasonably-priced Macan S specification, and this vehicle starts to make sense.

Black marks? Well, the servicing is unjustifiably expensive and the lack of standard AEB is very disappointing on a family car.

But that’s about it: in every other way, the Macan is incredibly well resolved, with a near-flawless execution of the engine, gearbox, ride quality, handling, packaging, and interior tech. This is an SUV we’d happily own. 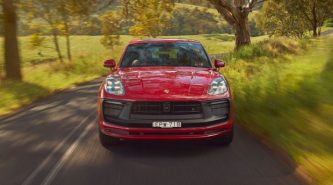 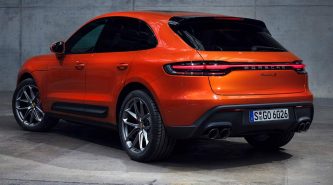 Porsche Macan 2023: EV on the horizon as engineers begin testing 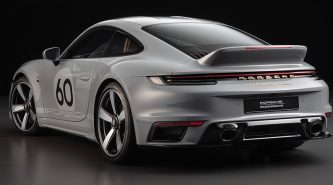 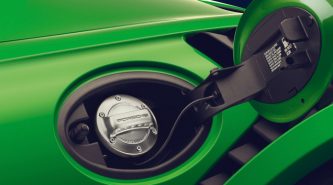 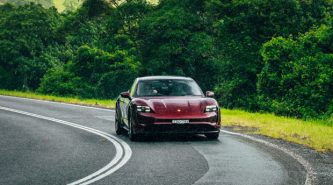 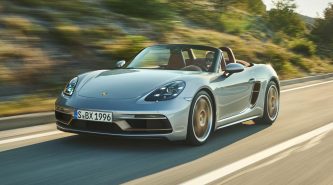 Singer to develop turbocharged Porsche vehicles for the first time

Porsche 911, Taycan and 718 Boxster now available to rent in Australia