Lotus wasn’t kidding when they said the Emira would be its last combustion-powered production car, and now the British sports car marque has revealed details on the electric architecture set to underpin future Lotus models.

Under Geely ownership and with help from the UK government’s advanced route to market development (ARMD) grant, Lotus overnight detailed a new architecture that represents the brand’s next significant leap – with parallels to the last epoch-change with the unveiling of the groundbreaking Elise in 1996.

The new Lightweight Electric Vehicles Architecture (LEVA) is scalable to suit a raft of applications from spry sports cars to four-seat grand tourers, with Lotus keen to point out this will form the basis for the Type 135 sports car in 2026.

In typical Lotus fashion, executive director of engineering Richard Moore made clear that just because batteries are involved, the marque won’t compromise on light weight, “today’s EVs are heavy in comparison to their ICE equivalents.

“So the ARMD funding has helped Lotus to innovate earlier in the product cycle and develop a new vehicle architecture that targets lightweight and performance density from conception” he said.

What is the architecture all about?

Lotus says this is not just a platform but a ‘blueprint’ for its next generation of sports cars. It also has legs under Lotus’ engineering consultancy, where the marque will eventually offer its technical knowhow and potentially the whole platform to third-party manufacturers.

Lotus has already pledged that it will develop a lightweight, electric sports car alongside reinvigorated French performance car maker Alpine over the next decade, though this runs further than that.

The notion of commercialisation calls back to Lotus’ early days developing race cars, and the infamous kit car. The Type Seven (which is now ubiquitous at motorsport events in Caterham, Westfield and other guises) offered a BYO engine approach – it’s a niche market segment that could well suit the modular nature of EVs, almost like a giant remote control car.

What can we expect from an electric Lotus?

The Lotus Evija hypercar made its dynamic debut at the Goodwood Festival of Speed this year, but the future of the Lotus EV is more nuanced than all out speed.

For a start, there are some clever engineering touches in the new architecture, with its rear structure coming in 37 percent lighter than the Emira V6. The rear subframe is die cast instead of welded together, and features simply interchangeable components.

Head of vehicle concepts at Lotus, Richard Rackham, reiterated the brands approach “in true Lotus spirit, significant weight savings have been achieved throughout, with a focus on ultimate performance, efficiency and safety being engineered into the structure from the outset.

“For example, by utilising the vehicle structure as the battery enclosure, having an integrated EDU, eliminating bolt-on subframes and optimising the multi-link suspension components.”

Alongside the intelligent touches, the key word for Lotus is adaptability, with the new architecture able to vary in terms of battery size, layout and wheelbase length.

What Lotus models will be based on the new EV platform?

Lotus has proposed two distinct layouts that will form the basis of Hethel’s future sports car range. The first layout is typical Lotus fare and involves a ‘chest’ arrangement of battery cells behind the seats – as seen on the Evija – to mimic the dynamic balance of a mid-engined sports car.

The smaller of the two models will adopt a sub-2470mm wheelbase, a single 350kW electric motor driving the rear wheels and a 66.4kWh lithium-ion battery pack.

This compact Lotus EV is the closest in formula to the much-loved Elise, though that car boasted an even shorter 2300mm wheelbase and feathery weight of 904kg in Final Edition guise. Still, there’s hope there for sports car fans.

Meanwhile the larger proposed vehicle boasts a whopping 650kW power output courtesy of dual motors and AWD. With a 99.6kWh battery and wheelbase in excess of 2650mm, this is the car that will take the Emira recipe into electrification.

Is Lotus likely to make an SUV?

This is where things really go in a new direction for Hethel. The marque has proposed a second arrangement using the same platform that arranges the battery pack under the floor, Lotus calls this a ‘slab’ of batteries and is more like the setup seen in a Tesla Model S.

This will naturally erode some of the mid-engined magic from the Lotus name, but will broaden appeal by offering a reasonably roomy 2650mm wheelbase and space for a ‘2+2’ seating arrangement.

Of course, this is most likely to manifest as a direct competitor for the Porsche Taycan, the sort of car you could have in your garage next to an impractical sports car, but it could also see Lotus enter the SUV game.

Regardless, the ‘slab’ cars will accommodate a 66.4kWh battery pack and the option of a single, 350kW motor, or a pair of motors upping the outputs to 650kW. 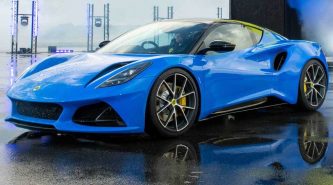 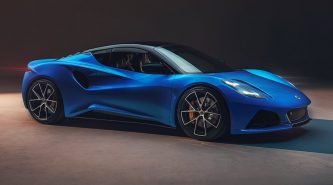 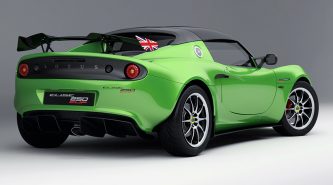 Lotus Elise 2021: lightweight coupe could live on at another company 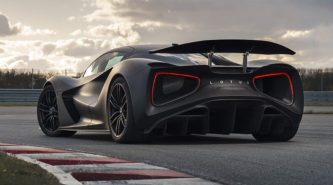