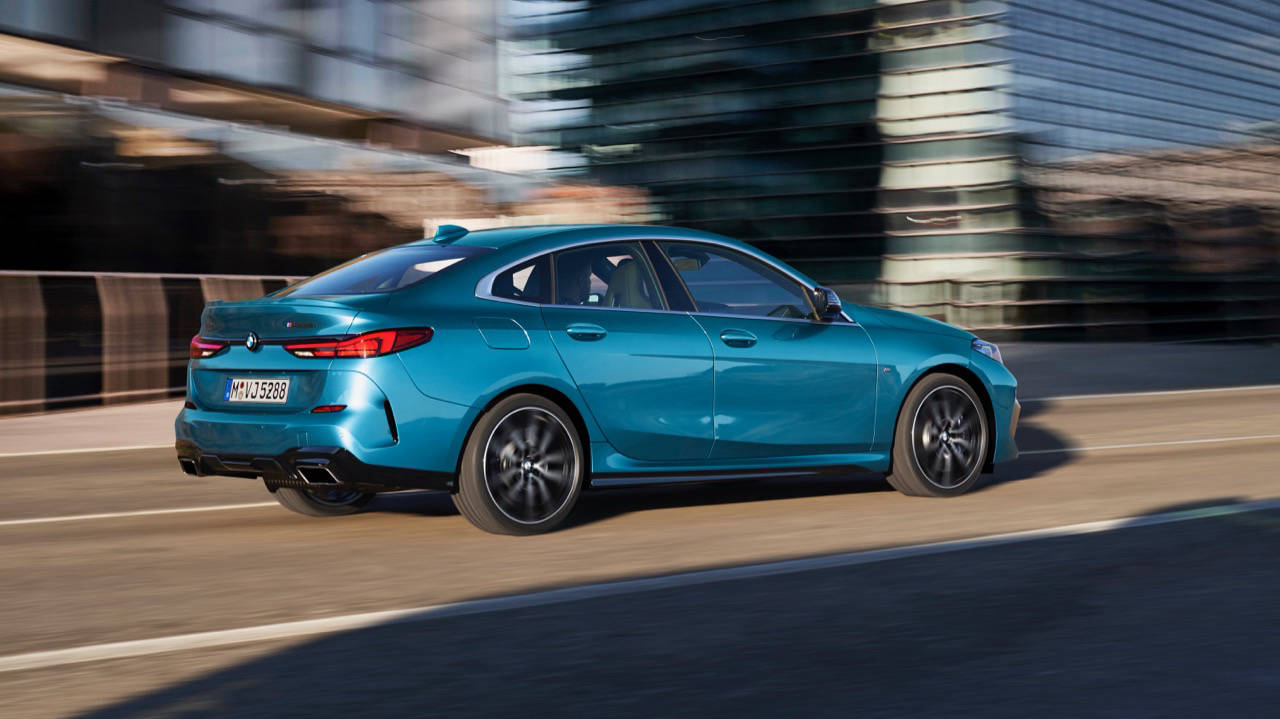 BMW has confirmed Australian pricing and specification for the four-door 2 Series Gran Coupe, with and equipment levels largely mirroring its sister hatchback, the 1 Series.

The 2 Series Gran Coupe was revealed in October last year and is aimed at premium compact sedan rivals; think Mercedes-Benz A-Class sedan and Audi A3.

BMW have of course slipped ‘coupe’ into the nomenclature of the 2 Series – despite the fact this model has four doors. Don’t get upset though, because we understand the next-gen two-door 2er will remain a true rear-driven sports coupe.

As the premium mid-size market seems to be stretching to SUVs for status, the compact market is rejecting hatchbacks in favour of pint-sized sedans like this.

The 2 Series Gran Coupe will arrive in the first quarter of this year with a pair of engines, mirroring the current 1 Series line-up.

The entry-level $47,990 (driveaway pricing TBA) 218i Gran Coupe is powered by a charming 1.5-litre turbocharged three-cylinder with outputs of 103kW and 220Nm sent to the front wheels via a seven-speed dual-clutch gearbox.

There will be a significant premium for the sedan body-style with BMW offering the 118i at the more affordable price of $42,990 ($47,807 driveaway).

BMW’s new UKL2 platform does support high-speed AEB, however, the 218i makes do with only city-speed AEB, a rear-view camera, parking sensors, auto-park and rear cross-traffic alert.

The range-topping M235i Gran Coupe offers more generous specification, but then you’d expect that at $69,990 (driveaway pricing TBA). Some bigger M Sport brakes, 19-inch wheels and a rear spoiler are the giveaways from the outside, the M235i gains keyless entry, leather-appointed seats with electric adjustment and a Harman/Kardon premium sound system.

Naturally, the M235i Gran Coupe packs more punch, with 220kW and 450Nm, more than double that of the 218i. That means all-wheel drive is standard too, though it’s a front-biased system and our experience has shown it to be reluctant to shuffle power.

Those power outputs and that all-wheel drive system are good for a 0-100km/h sprint of 4.9 seconds for the M235i. Impressive stuff.

Styling is certainly a point of contention with the 2 Series Gran Coupe, in photos, it looks awkward and busy, perhaps it’s a design that will grow on us over time.

It’s likely the interior be laid out perfectly, BMW isn’t on the cutting edge of cabin design like Audi and Mercedes but the latest iterations just work and demonstrate high quality.

BMW says the 2 Series Gran Coupe will be landing in Australia soon, stay tuned for our full-length road test when it does.