The Peugeot 5008 GT sits in a niche between medium and large SUVs, offering seven seats within a fairly compact body with lots of styling flair. It drives well too, though we reckon the diesel is the best fit

Three years after its Australian launch, the Peugeot 5008 has been updated with a fresh face and streamlined grade lineup. Like the Mitsubishi Outlander Exceed ($49,990), the 5008 offers seven-seats in a smaller package than traditional seven-seat large SUVs like the Mazda CX-8 GT ($59,290) or Kia Sorento GT-Line ($64,290 driveaway).

Effectively, the 5008 is a 3008 stretched over a 165mm longer wheelbase (2840mm) with an extra pair of seats. Measuring 4641mm, this large SUV is actually more compact than Kia’s Sportage midsize SUV ($50,990) and packages generous cabin space in an SUV you can still thread down inner-city lanes and fit in your garage – something we love at Chasing Cars.

Sprinkle the handy proportions with a dusting of stylish french design – which the facelifted 5008 has in spades thanks to Peugeot’s signature ‘lion’s claw’ daytime running that now blend seamlessly into the grille – and things are off to a good start for the 5008.

There’s just one well-equipped version of the 5008 sold in Australia, called the GT – though you can choose between petrol and diesel power.

That’s quite a bit cheaper than the $59,990 2.0-litre diesel with its 133kW/400Nm outputs, though the blow is softened by the fact the diesel bundles the interior upgrade as standard.

Frankly, you’ll want the strong and torquey diesel engine in this case. That’s because the 121kW 1.6-litre turbo petrol four-cylinder engine is just adequate to propel this 1493kg seven-seat SUV with two passengers on board – fill the 5008 with people and luggage and it runs out of puff quite quickly.

Adding to the strain of the petrol’s modest power and torque is its older six-speed torque converter automatic which has tall gear ratios that don’t always mesh well with 5008’s power band. Oddly, Peugeot’s smaller 3008 GT Sport model sees the 121kW petrol paired to an eight-speed auto, which could help somewhat.

Best to keep it simple, though: if you intend to pack the 5008 full on a regular basis and go touring in the country, as many family buyers aspire to do, the 133kW/400Nm 2.0-litre turbo diesel four-cylinder is the superior choice.

Regardless of your choice of fuel, no 5008 is available with an AWD system – this may be a turn-off to those who want to use their SUV for off-road duties, though if you mainly stick to sealed roads and avoid the snow, front-wheel drive will be adequate. The 5008 is most comfortable with its wheels on black top. Indeed, in typical French car fashion, this car excels on our tough testing roads.

Although firmer than its Citroen C5 Aircross counterpart, the 5008’s ride is never unsettled and inspires confidence despite a basic torsion beam rear suspension setup.

The only downside of the simple torsion beam is an audible resonance over bumps amplified by the 5008’s open cabin. It’s something of an echo chamber when driving by yourself, though five humans and their luggage do soak up sound coming from the rear suspension.

In town the 18-inch alloy wheels shod in chubby 225/55 series Michelin Primacy tyres don’t compromise the ride quality, and the 5008 is happy to waft around – just don’t treat your suburban run like it’s Circuit Paul Ricard, as you’ll be successfully dragged off by alternatives like the Volkswagen Tiguan Allspace 162TSI Elegance ($52,990).

Visibility is also excellent owing to the 5008’s low bonnet (for an SUV). The passive visibility is bolstered by front and rear parking sensors though the grainy 360-camera could be better.

Active safety features are respectable with adaptive cruise control – activated by a hard-to-find stalk behind the steering wheel – AEB with low-light pedestrian and cyclist detection, lane-keep assist and blind-spot monitoring fitted as standard.

Peculiar the 5008’s driving position may be, the high-set 12.3-inch digital driver’s display actively invites you to throw your gaze further down the road which can only be a good thing for passive safety.

Again, the minivan-aping proportions are unassuming, but underneath the 5008 is PSA’s EMP2 platform which lends plenty of athleticism to this SUV. It’s not as crisp in its responses as a 508 liftback, but the tiny steering wheel and low-set driving position encourage you to drive the 5008 with gusto.

The well-presented exterior is mirrored inside where the 5008 GT faux-wood trim, ambient lighting and, for $3590 extra, black quilted nappa leather upholstery. Also included in the upmarket package are heated seats for both front passengers with sliding under-thigh support, while the driver gets electric adjustment with memory and a comprehensive massage function.

But it isn’t just high quality dressings on a basic vehicle: the Peugeot’s interior plastics are classy. Add to that a clear, powerful Bose stereo and the (initially hard to swallow) $56,630 as-tested price doesn’t feel so bad at all.

Storage is typically abundant with door bins you can squeeze three 700mL bottles into and two central cup holders near the rather unique-looking gear shifter – plus, in classic Peugeot wagon, fashion there is room for a champagne bottle in the centre bin…alongside wireless charging for a smartphone.

Apart from the crisp digital driver’s display though, the central 10-inch touchscreen graphics feel dated and the system is laggy. Wired Apple CarPlay and Android Auto means the tech suite is a little behind the wireless mirroring options you get in both the Mitsubishi Outlander and Skoda Kodiaq.

There are some really attractive and useful design flourishes too such as the ‘cat’s claw’ hardware shortcuts for media, navigation, telephone and climate control menus.

In the back seat, the Peugeot 5008 keeps winning points with its decent width: 1841mm means three will quite easily fit across the rear bench. Frustratingly, the door tops to move to hard plastic in the back, but at least the grain is pleasant.

Back seat passengers do benefit from air-vents with fan speed adjustment, while there are map pockets, a pair of USB-A ports, a 12V socket and cool flip-down, aviation-style tray tables.

Six-footers fit comfortably in the back seat, while a front-facing child seat and rear-facing infant capsule were a cinch to fit with the 5008’s wide-opening and long rear doors and its high roof and conventional roofline keeping us from bumping our head.

Drop the second row and you will find the 5008’s secret weapon for parents: a pair of compact, occasional seats that takes this SUV’s capacity to a handy seven. You wouldn’t want to spend much time in the cramped third row, but for small kids, it’ll do when transporting a group to the movies or a rugby game.

With the middle row slid forward on its rails the Peugeot 5008’s 591L boot is capacious, its low load height and broad width make it a very easy boot to load up with bulky items.

For all the amazing packaging it seems the majority of buyers still opt for the 3008, with 1105 sales from January to November 2021 for its smaller sibling compared to just 170 for the 5008 in  the same period, which is peculiar given the seven-seater’s added usability.

The 5008 GT can cover more kilometres than most rival SUVs between scheduled servicing visits, with maintenance intervals of 12 months or 20,000km.

Fuel consumption is rated at 7L/100km in the ADR combined cycle, and on our test loop we returned a respectable 7.7L/100km.

Peugeot’s warranty lines up with the majority of competitors at five years with unlimited kilometres, though this falls short of Mitsubishi’s extended ten-year warranty for servicing in-house, and the seven-year warranty bundled with all Kia models in Australia.

The Peugeot 5008 brings flair to the midsize SUV segment with hard-to-forget looks, premium cabin appointments and plenty of practicality wows – not least its inclusion of a handy, compact third row.

With the practicality backed up by a great balance between chassis dynamics and long-distance comfort, this seven-seat Peugeot is a bit of a dark horse among the usual competitors.

If it was our money, we’d go for the 2.0-litre diesel engine which includes the premium interior package and Bose stereo as standard fare while dropping the combined fuel consumption to 5L/100km and nearly doubling torque.

The 5008 GT isn’t for everyone, but those who identify with its packaging appearance and fluidity are almost guaranteed to fall in love with this practical French crossover.

With the standard equipment level of base-model large SUVs reaching new heights, the Kia Sorento S V6 might well be one of best Australia’s best-value vehicles 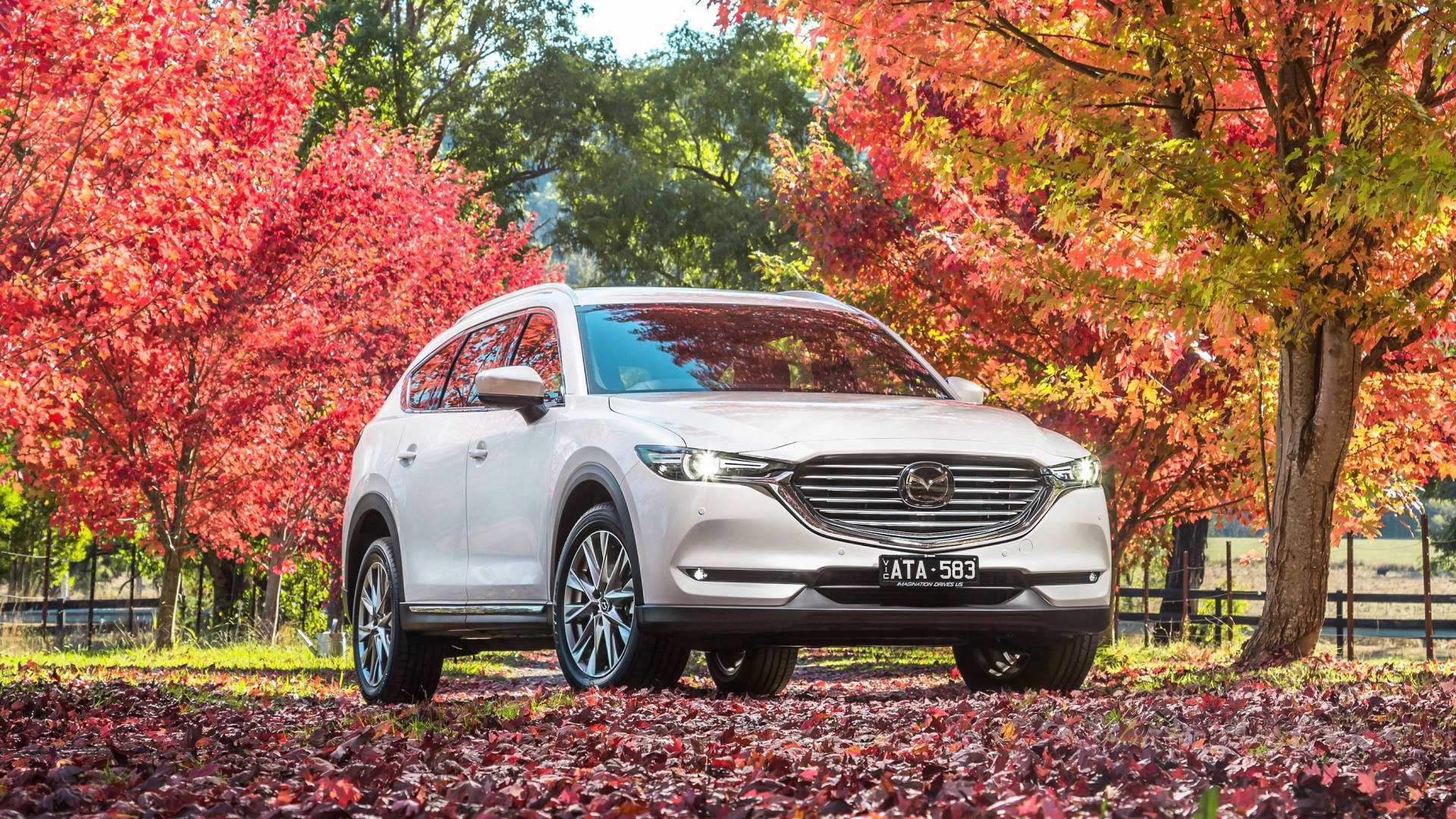 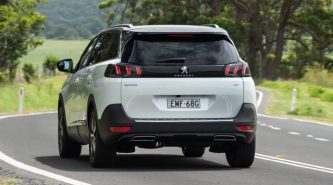 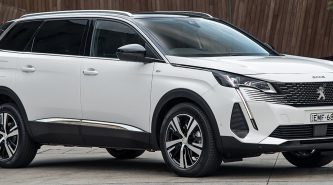 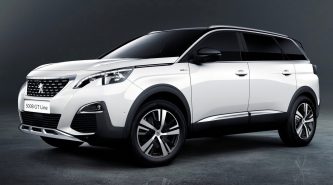 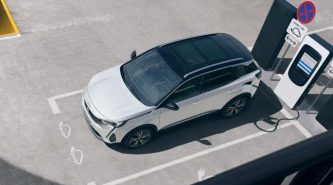 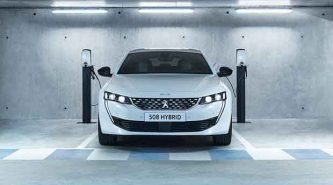 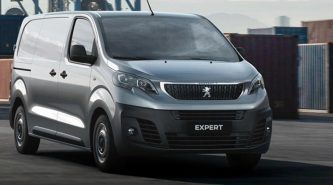 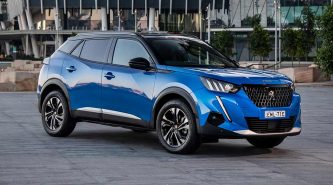 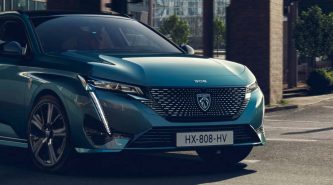 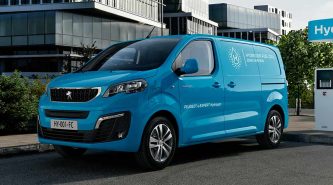 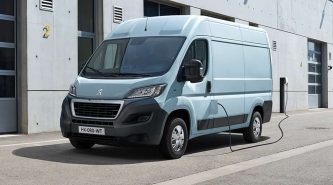 Peugeot confirms EVs in 2022 with electric commercial vans under consideration 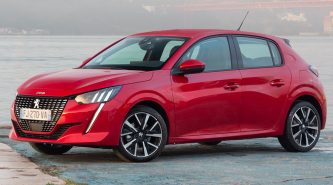 Peugeot 208 2021: petrol and EV under consideration for Australia 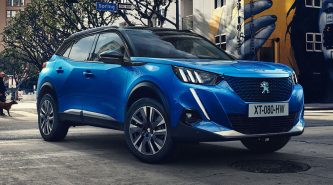