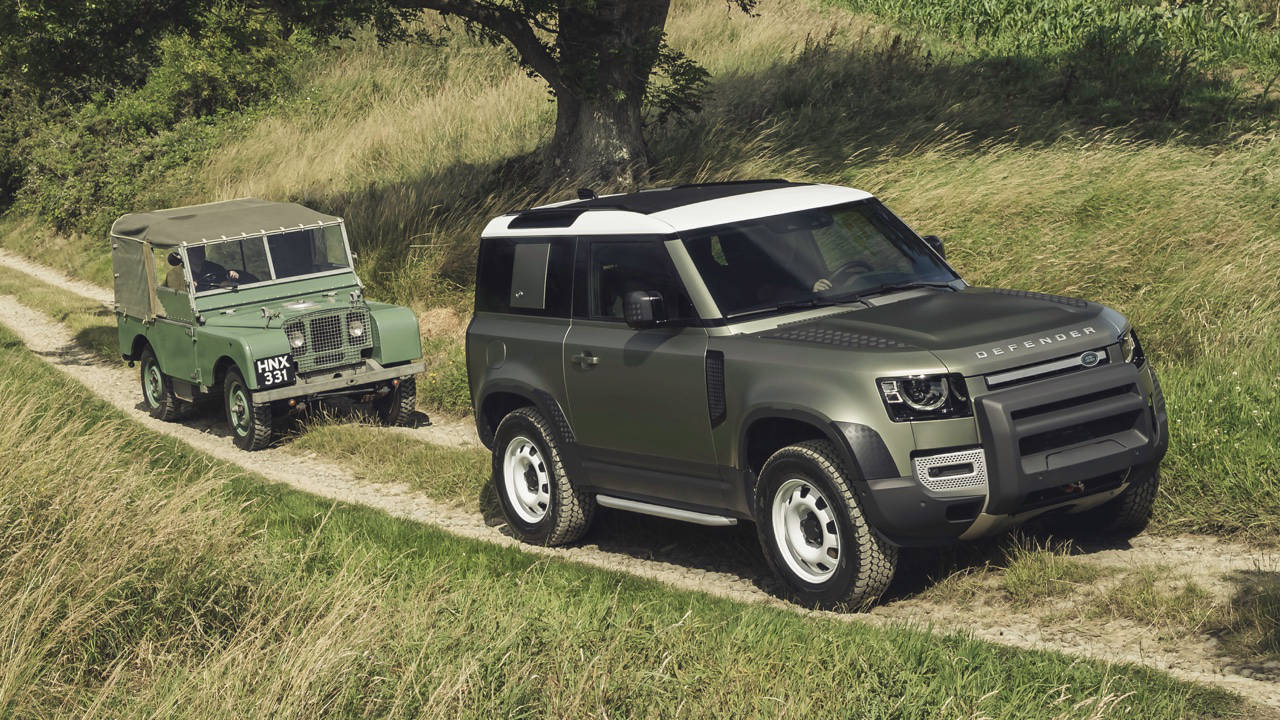 Land Rover overnight ended years of speculation about the future of its rough-and-ready Defender, revealing a new generation of the four-by-four at the 2019 Frankfurt Auto Show.

The iconic first-generation Defender was built until 2016 from a chassis that originated in the original Land Rover of 1948. Though demand for the classic Defender persisted, mounting emissions challenges forced the cancellation of the product.

Land Rover has been planning a successor vehicle for some time, having presented the DC100 concept this time eight years ago, at the 2011 Frankfurt show.

The British brand has drip-fed details of the production Defender this year but the vehicle has now been revealed in production form. The 2020 Land Rover Defender will be available only as a wagon, eschewing the open-top option of decades gone by, in both short three-door and long five-door forms. The Defender will sit underneath the Land Rover Discovery in the range.

A bespoke platform codenamed D7X underpins the Defender which also utilises air suspension for the first time to lift off-roading capability to what Land Rover says will be the most impressive of any production vehicle.

While the lines make reference to several elements from the classic Discovery – the tail lights, head lights, fender shaping and alpine rear windows all recall the old car – the approach under the skin is thoroughly modern.

A plug-in hybrid powertrain will be available in 2020 and a range of off-reading tech will be present, with on-board systems to include Land Rover’s configurable terrain response selectors.

At launch, the engine lineup will consist of a mild hybrid straight-six petrol engine badged P400, producing 297kW of power, and two diesel four-cylinders: the 147kW D200, and the 177kW, twin-turbo D240. The latter Diesel engines are shared with the Range Rover Evoque, and many other JLR products.

The two body styles recall the badging of the previous Defender iteration, with the three-door named the Defender 90 and the five-door the Defender 110. Land Rover Australia have indicated that pricing on the five-door variant, likely to take the lion’s share of sales, will commence around $70,000 AUD. Expect the Defender to pack plenty of optional extras, however.

Four distinct accessory packs – explorer, adventure, country, and urban – will allow buyers to apply a slate of aesthetic and functional options to the new Defender out of the box. The urban specification will pack the biggest wheels – 20 inches in size – while explorer will be the most off-road focussed.

A commercial version of the new Defender 90, which replaces the rear glass with metal cladding, has also been revealed but it is not currently known whether this will make it to Australia.

Inside, the Defender has only slightly less complicated infotainment than its Land Rover and Range Rover siblings. A centrally mounted touchscreen named Divi Pro will likely feature across all variants. Digital gauges will be available. A centre jump seat will be optionally available, while the interior surfaces are designed to be ‘wipe-clean’.

We expect Land Rover Australia to announce further details on the 2020 Defender’s arrival to the local market in the coming months.