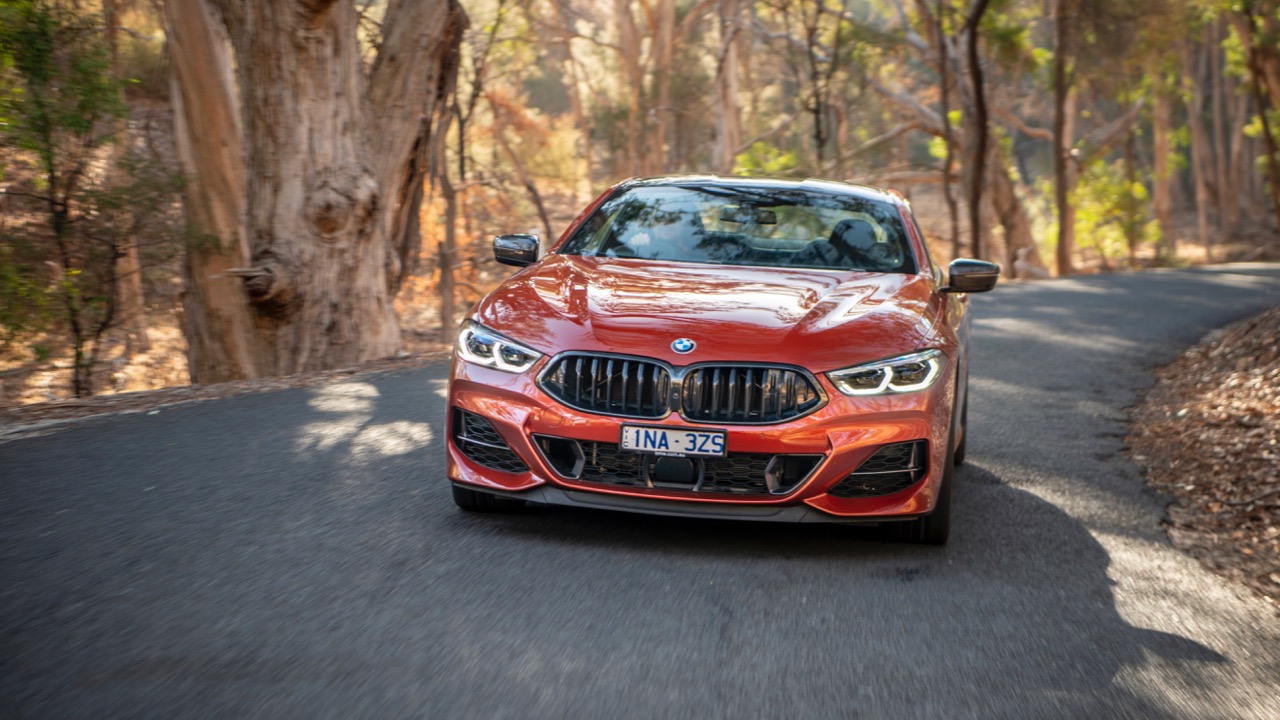 BMW drops 8 Series price of entry with six-pot 840i

BMW has announced specifications and pricing of new entry level 8 Series, the 840i, which will be available in both coupe and convertible body styles. The 840i is a grand touring sports car aimed to compete with the recently announced Porsche 992 911 Carrera and fastest Jaguar F-Type models.

BMW continues to grow the 8 Series range, with details also confirmed this week for the four-door 8 Series Gran Coupe, available in the same 40i and 50i drivetrains. At the other end of the range, the full-fat M8 coupe and convertible are slated to be revealed at next month’s Frankfurt motor show.

Unlike the original E31 generation 840i, there is no 4.4-litre V8 this time around. This second-generation 840i utilises a turbocharged in-line six. This is the same N55 engine found in BMWs other ‘40i’ variants where it offers smooth and solid performance.

Power is sent to the rear wheels alone via an eight-speed torque converter automatic gearbox. Maximum outputs in the 840i are 250kW and 500Nm allowing the car to complete the 0-100km/h sprint in a respectable 5.0 seconds (or 5.3 for the convertible) – 1.3 seconds slower than the 850i xDrive’s 3.7 second dash.

Standard equipment is generous on the 840i. Included in the price are wireless phone charging, park-assist, digital dashboard, 10.25-inch touch-screen display with BMWs 7.0 OS, full leather interior, and heated/ventilated front seats. BMW’s active driver assists are all included as standard on the 840i, as are 20-inch alloy wheels.

Those seeking a more supportive driving position can option M Sport seats, now a range-wide option for the 8 Series, for $2,600, and an M-sport package for $3,900 ($3,400 for the convertible) which includes bigger 395mm front brake rotors, a tyre-pressure monitoring system, rear spoiler, and M Sport seat belts.

We were impressed with the M850i xDrive when we drove it, so expect the 840i to be a good performer combining a slightly lighter six-cylinder engine and pure rear-drive dynamics The 840i will be available in Australia in September 2019. 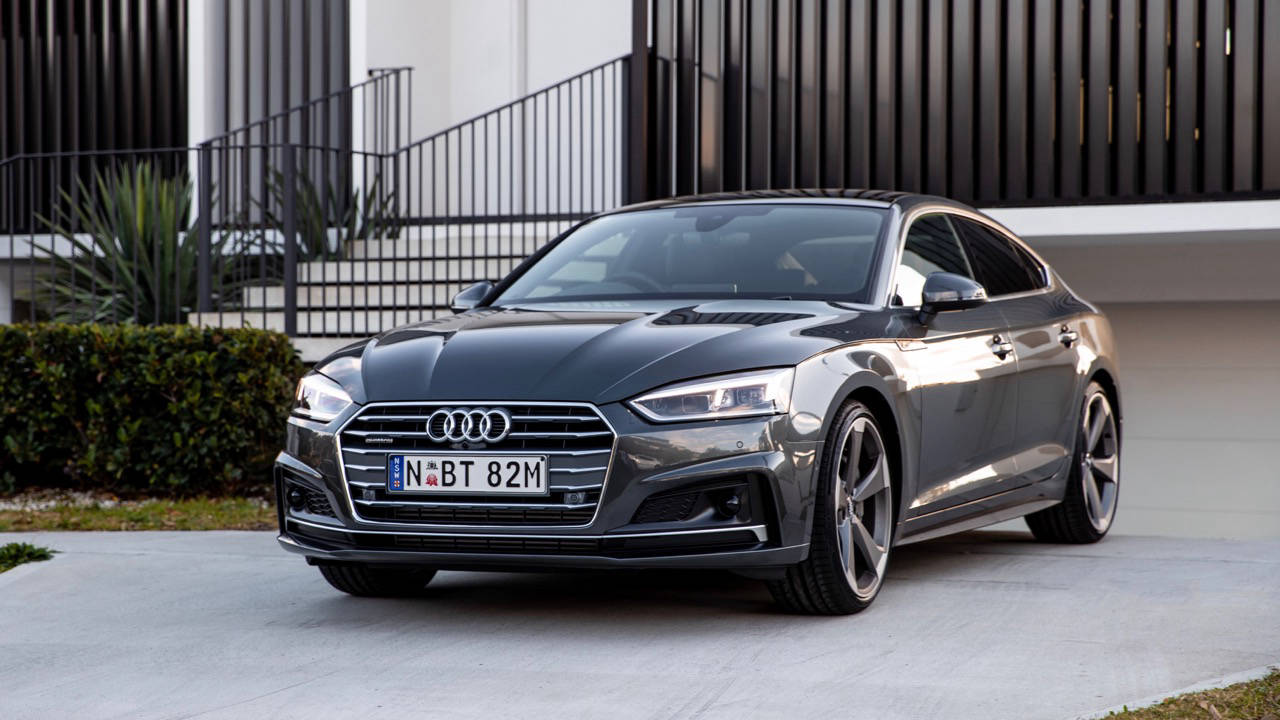 In an effort to stimulate sales of its A5 midsize sports cars, Audi has announced a slate of changes including a reduced price on a popular petrol variant and a raft of new equipment for the A5.

The changes for the 2020 model year all relate to the A5 45 TFSI – the higher of two petrol four-cylinder grades that make up the A5 range. The 45 TFSI unit is a two-litre producing 185kW/340Nm, channelled through a seven-speed dual-clutch automatic gearbox and Audi’s Quattro all-wheel-drive system.

The Audi A5 continues to be offered in three body styles: a traditional two-door coupe, a drop-top convertible and a more practical five-door Sportback. Two higher-performance variants sporting six-cylinder petrol engines are available higher in the Audi range – the three-litre S5 (from $114,802 driveaway) and the 2.9-litre twin-turbo RS5 ($171,140 driveaway, reviewed here).

This week’s changes see the 45 TFSI engine discounted by $2,800 across the board. The coupe and Sportback body styles will now set you back $78,900, while the convertible has seen its price similarly cut to $92,400. Driveaway pricing is yet to be confirmed.

Alongside the price cut, specification for the 45 TFSI is now more generous, with Audi claiming to have added an additional $9,000 in equipment value. The 45 TFSI now arrives dressed in sportier S Line styling by default, wearing 19-inch wheels. Inside, the driver’s seat (and external mirrors) gain memory functionality. The front pews are now heated and rear passengers pick up USB ports, and there’s a wireless smartphone charging bay.

Additional safety tech has also been added to the 45 TFSI in the form of adaptive cruise control with stop-and-go capability, lane keeping assist with steering intervention, and a 360-degree parking camera. You also now score automatic high beam and an automated parking system. 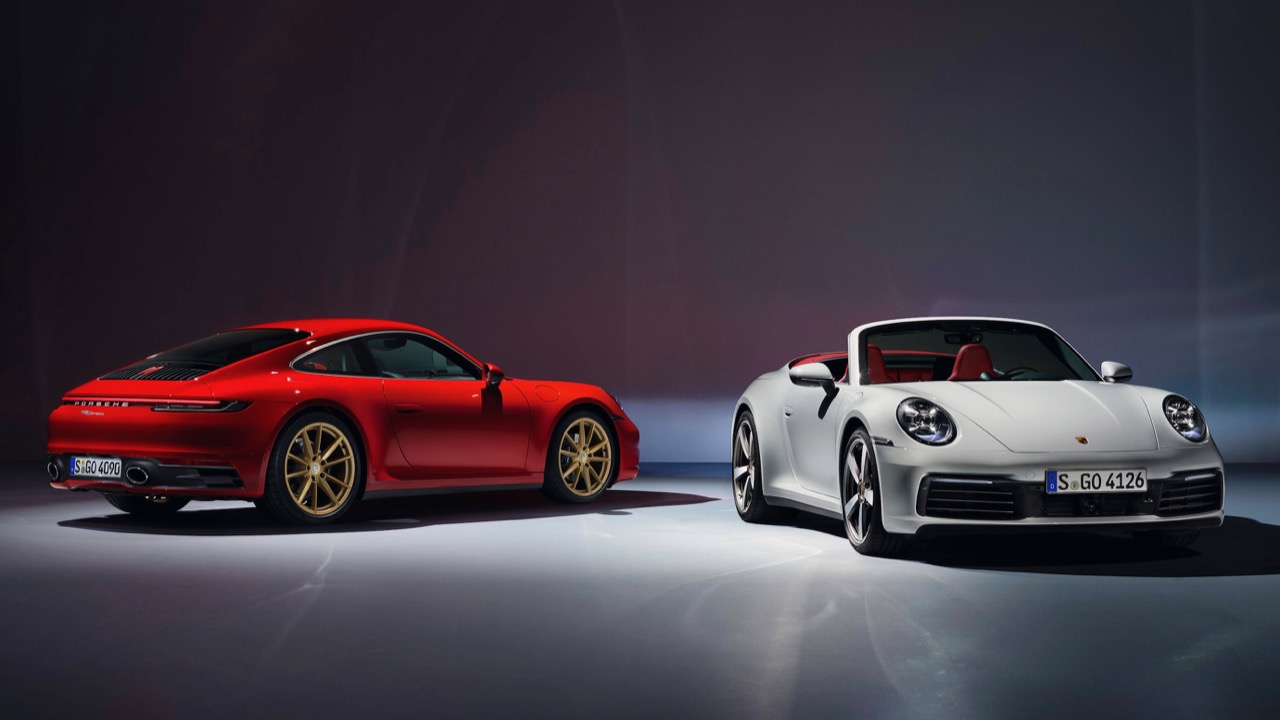 Porsche have this week revealed the incoming ‘base model’ of the 992-generation 911 sports car. Initially revealed in mid-specification Carrera S form in 2018, specifications for the entry-level Carrera have now been revealed. The new 911 Carrera makes 283kW/450Nm from its three-litre twin turbo flat six, sending the car from 0-100km/h in 4.2 seconds as standard and as low as 4.0 seconds if the Sport Chrono pack is optioned.

To compensate for the extra weight, power figures are up by 11kW over the previous 991.2 generation. The Carrera and Carrera S share the same three-litre capacity, with the power difference being the result of smaller turbos of the Carrera which produce more immediate torque lower in the rev range making the Carrera a more usable proposition for daily use. In getting the power to the ground the 992 Carrera uses an eight-speed dual-clutch transmission only, with no manual currently available (although we expect Porsche to announce one in the near future). Official fuel consumption figures are 9.0L/100km for the coupe, and 9.2L/100km for the cabriolet.

The Carrera sits on a set of staggered forged alloy wheels with 235/40/19s up front, and 295/35/20s on the rear axle. No official word from Porsche on how the suspension settings differ from the S, although we can expect a more supple calibration. Braking on the Carrera is taken care of by four-piston calipers front and rear, with 330mm discs all round.

The Carrera comes standard in Australia with AEB, park assist, lane keep assist, cruise control, and Porsche’s Wet Mode which is new for the 992. Wet Mode is a Porsche proprietary system that actively detects damp surfaces and automatically adjusts the PSM intervention to intervene sooner and with a gentler touch than it would usually.

The 992 generation Carrera certainly looks like a Porsche should. The classic wide rear end is now shared across the whole 992 range, there is no ‘narrow body’ as found in previous generations. The return to proper circular front headlights look great, the shape has translated well to the cabriolet too. We’re sure the Carrera will look even better in the metal where its width and presence will really be apparent. As you can expect from Porsche, the Carrera is not short on customisation, there are plenty of standard colours and wheels styles on offer – and the comprehensive options list that you can really go crazy with. We really hope that the gold wheels as pictured are going to be available too.

The interior remains the same as the Carrera S, a classy design with digital gauges, a 10.9 inch touchscreen for multimedia and plenty of colourful choices of leather and highlights to choose from.

The 992 Carrera coupe will start at $229,500 in Australia (driveaway pricing not yet confirmed) – an increase of $6,050 on the old shape – and if you’re after open air motoring the cabriolet will set you back an additional $21,500, at $251,000 (driveaway pricing not yet confirmed). Dealers are taking orders now, with the Carrera arriving on our roads in the fourth quarter of 2019.